“What are we not doing enough of to prevent this?” 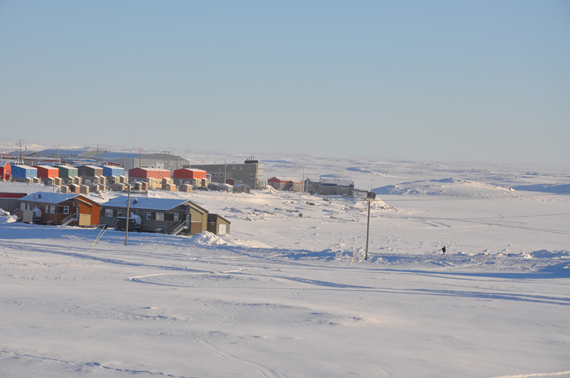 Four youth have died by suicide in the Nunavik community of Puvirnituq in recent weeks. (FILE PHOTO)

Residents of Puvirnituq say they are struggling with the significant loss of community members who have died by suicide this year.

Over the last few weeks alone, the community has buried four young people who died by suicide—the youngest being just 12 years old.

The region’s health and education authorities have sent in additional social services and support, while the Northern Village has opted to shut down local retail beer and wine sales for the month.

But Puvirnituq residents say it’s not enough to address what’s become a public health emergency, in a community that’s seen 10 suicides since the beginning of 2018.

“What are we doing? What are we not doing enough [of] to prevent this?” one woman posted to Facebook.

The Nunavik Regional Board of Health and Social Services said it continues to support suicide prevention initiatives, but would not speak to the recent cluster of suicides.

“[The health board] is in constant communication with [Puvirnituq’s] Inuulitsivik Health Centre,” the health board said in an email, “and according to their wishes, supports had been provided through its employee assistance program, a suicidal specialized resource and an additional social worker.”

As one of the few Nunavik communities where residents can buy beer and wine locally, councillors opted for a few weeks to shut down those sales, which have been linked to abuse and violence in the village of about 1,800.

“We are receiving help,” he said. “We plan to work on our issues throughout the month of October.”

But the number of suicides the community has seen this year alone signals a crisis.

In the most recent five-year period for which statistics are available, between 2012 and 2016, Nunavik saw an average of 10 suicides per year, region-wide.

Puvirnituq has not seen this number of deaths by suicide since the 1990s. In one exceptionally tragic year, 1992, there were 16 suicides reported in the Hudson coast community.

This is the fourth year the committee is hosting Puttautiit, Nunavik’ suicide prevention and healing conference, which will be held in Kangiqsujuaq this year on Oct. 22 to Oct. 26.

This year’s conference theme is Generations Standing Together, which will address the impacts of trauma, grieving and healing and the Inuit cultural identity.

Nunavik communities can each send four delegates to attend Puttautiit; the communities of Kuujjuaraapik, Umiujaq, Akulivik, Ivujivik and Tasiujaq have yet to register for the conference.

If you are in need of support or have thoughts of suicide, there are a number of toll-free numbers you can call to speak to someone: