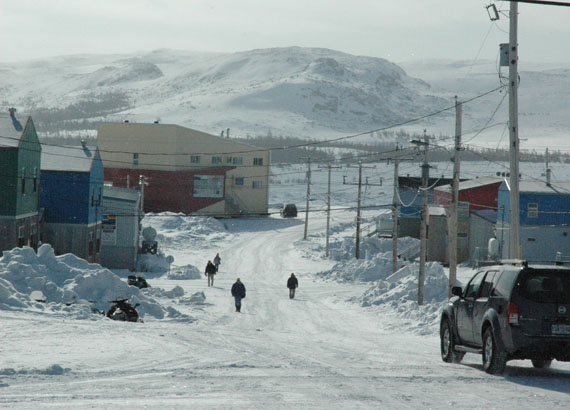 A young man from Kangiqsualujjuaq died of TB in 2017, although Nunavik’s health board said the case of his death was only just confirmed by a coroner’s report released in January. (PHOTO BY SARAH ROGERS)

A young man from Nunavik has died from tuberculosis.

The Nunavik Regional Board of Health and Social Services confirmed the death only this week, although the victim died at home in June 2017.

“While the death occurred last June the coroner’s report only recently [in January] confirmed that the death was caused by tuberculosis,” said a health board spokesperson in an email to Nunatsiaq News.

“It was the first death in Nunavik in several decades directly related to TB.”

The 21-year-old was found dead at his home in Kangiqsualujjuaq in June 2017, said Dr. Marie Rochette, coordinator of infectious disease prevention at Nunavik’s public health department

Health officials suspected the death could be TB-related and requested an autopsy and coroner’s investigation at the time; in January 2018, that report concluded the man had died from pulmonary tuberculosis.

The Ungava coast community has struggled with TB outbreaks in recent years: in 2012, the community of 900 saw more than 60 active cases of the bacterial infection, prompting a major screening response.

In late 2016, Kangiqsulujjuaq saw a new outbreak of TB, at which point health officials launched a screening process, Rochette said. The young man was among those contacted for screening, she said, but “efforts to get him screened were unsuccessful.”

Following his death, Rochette said health workers screened actively screened those who had come into close contact with the victim, even without the knowing for certain how he had died.

There are still cases of active TB in Kangiqsualujjuaq, as well as along Nunavik’s Hudson coast, with outbreaks reported in Salluit and Puvirnituq.

The June 2017 death would have come just months after the death of Ileen Kooneeliusie, a 15-year-old from Qikiqtarjuaq who died from a rare form of TB in January 2017.

The CBC reported last year that, although the teen had been ill for several weeks, she was only diagnosed with TB on the night she died.

It was Kooneeliusie’s death, in part, that prompted a more national conversation on the impact TB has had across the North and recent pledge by the federal government to fight the disease.

“We intend to see the elimination of tuberculosis from Inuit Nunangat,” Indigenous Services Minister Jane Philpott announced in January.

“Rates of tuberculosis among Inuit are 270 times higher than among the Canadian-born non-Indigenous population,” she said. “This is appalling that this is a reality.”

Since then, Ottawa has sent a number of TB specialists and equipment to Qikiqtarjuaq, where the Government of Nunavut is hosting a major screening clinic over February and March.

Qikiqtarjuaq will also host the first roll-out of the TB treatment drug rifapentine, which, after being piloted in Nunavut, has now been approved for use in the territory.

TB patients are only required to take rifapentine once a week over a 12-week period, compared to the TB medication previously prescribed, which had to be taken daily over a nine-month period.

In Nunavik, health officials have opted to treat TB with a different medication, rifampin, which is taken daily for four months.