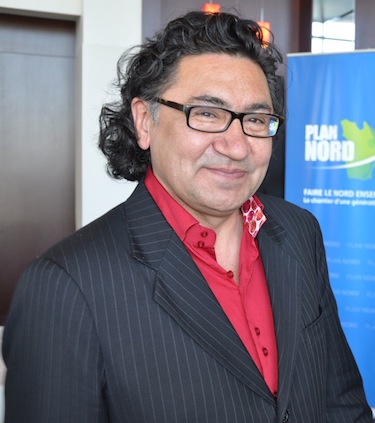 Romeo Saganash, the New Democratic Party MP for Abitibi-Baie-James-Nunavik-Eeyou, has re-introduced a private member’s bill that would enshrine the United Nations Declaration on the Rights of Indigenous Peoples into Canadian law. (FILE PHOTO)

Romeo Saganash, the New Democratic Party MP who represents Nunavik, wants to find out if Justin Trudeau’s Liberal government intends to keep one of its big election promises: implementation of the United Nations Declaration on the Rights of Indigenous Peoples, or UNDRIP.

To that end, he’s re-introduced a private members bill, Bill C-262, that would require that the federal government ensure all Canadian laws are consistent with the UN declaration.

“I believe that it is important to have some legislative framework for clarity purposes with this declaration and its application in Canadian law,” Saganash said at a press conference that day.

The House of Commons gave first reading to the bill, which was seconded by Churchill—Keewatinook Aski MP Niki Ashton, on April 21.

Saganash said Trudeau’s mandate letters for Carolyn Bennett, the minister of Indigenous and Northern Affairs, and Jody Wilson-Raybould, the minister of justice, require that both ministers implement the UN declaration.

“Not just a priority, but a top priority,” Saganash said April 21 at a televised press conference.

Federal government implementation of UNDRIP is also a major recommendation of the Truth and Reconciliation Commission, which stated that the UN declaration should be used as “the framework for reconciliation,” Saganash said.

“Therefore, if this bill is adopted, that would provide the legislative framework for a national reconciliation that is long overdue in this country,” Saganash said.

To promote the bill, Saganash flew to Winnipeg to for a series of meetings that ended April 26, the first meetings in a tour that will take him across the country.

This is Saganash’s second attempt at using a private member’s bill to enshrine the UN declaration in Canadian law.

His first bill, introduced prior to the last election, was defeated by the Conservative majority in the House of Commons on May 6, 2015.

The bill would require the government to develop an action plan on implementing UNDRIP, and require that the Indigenous affairs minister table annual reports to Parliament on its implementation each year between 2017 and 2037.