Employees’ union members vote 90 per cent in favour of agreement 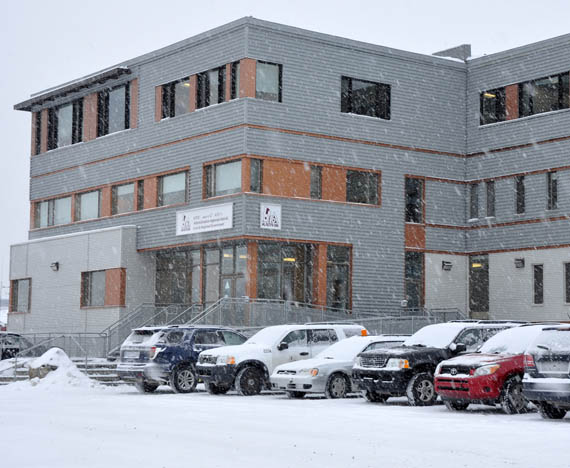 The Kativik Regional Government, headquartered in Kuujjuaq, reached an agreement in principle with its employees’ union on April 18, ending two and a half years of negotiations. (FILE PHOTO)

Nunavik’s Kativik Regional Government and its employees’ union have reached an agreement in principle after nearly two and a half years of contract negotiations.

The KRG Employees’ Union, which includes 200 general employees and 66 federal transport workers, had been without a contract since December 2015.

The union stepped up its pressure tactics earlier this month, voting April 9 in favour of a 72-hour “strike bank,” which means the union executive could have issued a strike notice in the following weeks.

But the two sides sat down again April 16 and were able to reach an agreement by April 18.

Both sides also agreed on an extra week of vacation for employees with at least 10 years of experience, the union said, as well as the possibility of allowing employees to cash out a portion of their annual leave.

“We told them that this was the best we could get,” she said. “We had to let go of a lot of demands.”

The KRGEU, which falls under Quebec’s Confédération des syndicats nationaux, had also asked for a cost-of-living top-up to help salaries reflect the high cost of living in Nunavik’s communities.

The union also had to back off on its request for an increase in the amount of cargo employees can have shipped to them.

The new agreement runs until December 2019, which means the union will be back at the negotiating table by January 2020.

“We just hope our labour relations from now until then are good,” Cotnoir said, “and that we can work together and not against each other.”