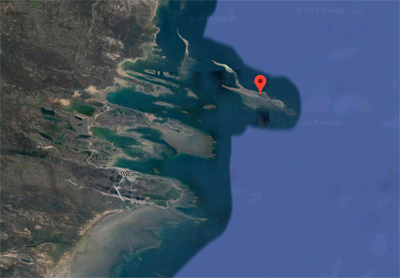 An Arviat man who died during a polar bear attack is being remembered as a hero for protecting his children.

The 31-year-old man was gathering eggs with his children on Sentry Island, about 10 kilometres off the coast of Arviat, on the afternoon of Tuesday, July 3, when a polar bear approached the group.

Relatives say the man put himself between his children and the bear, but was mauled and later died from his injuries. He was unarmed at the time of the attack.

Nunavut RCMP responded to the incident, at which point another individual on the island killed the animal, police said in a news release on July 4.

Arviat police and the Nunavut Coroner Service continue to investigate the man’s death.

The community of Arviat, the southernmost village along western Hudson Bay, is accustomed to seeing polar bears as they migrate north, though there have not been any polar bear-related deaths in the region since 1999.

But with an increase in polar bear visits—there were 380 sightings recorded in Arviat in 2017—comes increased concerns for public safety and the protection of residents’ property.

The victim’s uncle, Gordy Kidlapik, said that polar bear excursions hosted to the south in Churchill, Manitoba, have removed the bears’ fear of humans, and lead to the potential for more dangerous encounters.

@churchillwild making a wild dangerous bear accustomed to getting close to humans without deterrent. It could have been one of these bears that killed my qangiaq. @TravelManitoba pic.twitter.com/5wIs8AQf8T

Since 2010, the hamlet of Arviat, supported by the World Wildlife Foundation, has employed a polar bear monitor, tasked with patrolling the community through the autumn and early winter to protect residents from nuisance bears.

The Government of Nunavut has added to those efforts, by looking at different deterrent methods.

But neither the GN nor the hamlet would comment on the July 3 attack or say if they plan to introduce new measures to protect residents.

Nunavut’s new premier, Joe Savikataaq, lobbied hard as environment minister to increase the total allowable harvest of western Hudson Bay polar bears as a way to better manage the population and threats to communities along the coast.

Earlier this year, the Nunavut Wildlife Management Board decided to increase the total allowable harvest by four, bringing Kivalliq’s quota to 38 bears per year.