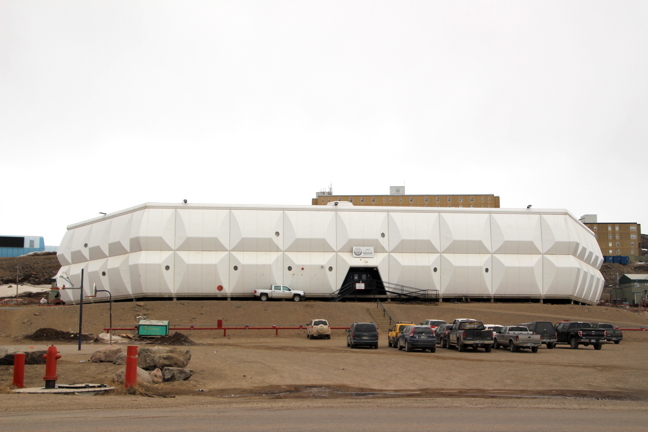 Nunavut education officials are working to fill over 60 vacant teaching positions in the territory’s schools as classes begin for students. (FILE PHOTO)

The beginning of classes is staggered across the territory, starting from early August through until early September. As of Aug. 22, Nunavut’s Department of Education still had 63 teaching vacancies—the vast majority of them across the Qikiqtani region.

“We’re still in recruitment mode,” said Nunavut’s education minister, David Joanasie. “And we’re trying to utilize all our sources from the South as well as in the North.”

“In the meantime, we might have to employ some other options,” Joanasie said, pointing to other non-teaching staff, like principals, vice-principals and support staff, as possible solutions.

“They might have to fill in on an interim basis. And we might look at combining grades.”

While teaching applicants are usually required to hold a Bachelor of Education, the department has also temporarily exempted that requirement for schools in communities that have the biggest shortages: Arctic Bay, Cape Dorset, Clyde River, Igloolik and Kimmirut.

“We try to have as many teachers as we can with their teaching certification,” Joanasie said. “But given the shortage, we do … have to explore other options.”

In Joanasie’s own home community of Cape Dorset, he said that Sam Pudlat elementary and Peter Pitseolak secondary schools were still recently short a total of 10 teaching positions, as the schools prepare to open their doors to students on Aug. 27.

But Joanasie said those numbers are changing on a daily basis as last-minute hires are made.

“There are instances where delays might happen, but it won’t impact the school program of the students’ education [over the school year,]” he said.

Classes at Ataguttaalik elementary school in Igloolik were set to begin on Aug. 16, the department said, though some grade levels have seen their start dates postponed while they wait for teaching staff.

In Iqaluit, only Nakasuk school had a handful of teaching positions left to fill before classes begin on Sept. 4, said its district education authority.

Principals at all four of the city’s schools anticipate they’ll have trouble finding substitute teachers through the year, which is a recurring challenge.

As of Aug. 22, the Qikiqtani region was short 43 teachers; the Kivalliq has eight unfilled teaching positions and the Kitikmeot has 12.

Joanasie said Nunavut is not alone in its struggle to fill teaching jobs, as many other provinces and territories across the country are dealing with the same shortage.

“In the national context, it’s happening everywhere,” he said. “But Nunavut has its own challenges. [Housing] is likely a huge issue. It’s limited.”

In neighbouring Nunavik, most of the schools in the region’s 14 communities opened on Aug. 14.

But as of Aug. 21, the region’s school board, Kativik Ilisarniliriniq, said it still had 38 vacant teaching positions; 19 second-language teachers and 19 Inuktitut and culture teachers.

The school board’s director general, Harriet Keleutak, said the board will launch a new recruitment campaign next week, with the hope of filling all those remaining positions by the end of September.

Weather conditions and ice were also responsible for delaying the opening of three of the region’s schools, in Quaqtaq, Kangiqsujuaq and Puvirnituq, where late sealift deliveries postponed renovations.

Puvirnituq’s Iguarsivik school is set to open next week, the school board said.

Following a decision made by its council of commissioners last spring, all of Kativik Ilisarniliriniq schools have started the 2018-19 school year with a condensed calendar, the school board said.

That means longer school days, which will allow the board to cut a total of 10 days from the end of the academic year, Keleutak explained.

The school year in those schools will end on May 31, 2019, she said, with the goal of allowing students to go out on the land and enjoy seasonal June activities with their families.