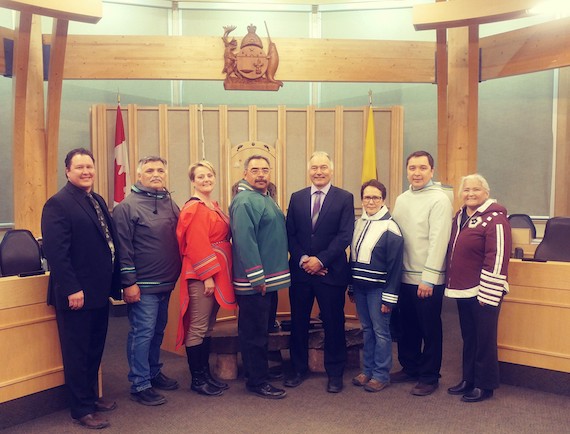 Nunavut Premier Joe Savikataaq announced this morning that two members of his cabinet will take on new portfolios, effective immediately. Tasiluk MLA George Hickes is now minister of health, minister responsible for suicide prevention and minister of finance, while Pat Agnakak is now the minister responsible for the Nunavut Housing Corp. and Qulliq Energy Corp. (PHOTO BY COURTNEY EDGAR)

These changes to the executive council are effective immediately, Savikataaq’s press release said.

“After two months as premier, I have a clear sense of the strengths and abilities of all members of cabinet,” Savikataaq said in the release.

“I have had time to evaluate relationships and fit, and feel it is important to make changes as we embark on a very busy fall season.”

“I thank all ministers for their hard work and passion. Our cabinet is committed and will always have the best interests of Nunavummiut in mind,” Savikataaq said.