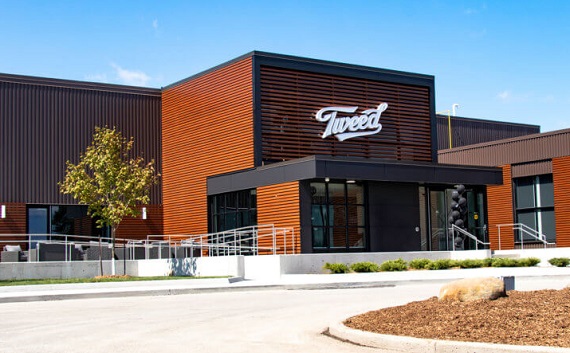 The newly named Nunavut Liquor and Cannabis Commission has finalized an agreement with the cannabis company Canopy Growth and its Ontario-based subsidiary, Tweed, to supply the territory with its first legal cannabis.

Starting Oct. 17, Nunavummiut will be able to order cannabis products online from the Smiths Falls plant, which is set up in an abandoned Hershey chocolate factory.

As part of the deal, Canopy Growth has committed to making at least 500 kilograms of cannabis available for sale across the territory over the next year, the Government of Nunavut said in an Oct. 12 release.

“Nunavummiut who wish to use cannabis will have access to a legal, controlled supply, and the NULC and Canopy are committed to providing access in a responsible way through online store purchases,” said George Hickes, Nunavut’s minister responsible for the Liquor and Cannabis Commission.

Nunavummiut aged 19 and older can start to place orders for cannabis at www.tweed.com starting on Oct. 17, the day federal legislation legalizing the consumption of recreational marijuana comes into effect.

The GN has yet to say what price Nunavummiut will pay for cannabis.

Tweed’s website lists a number of strains that will be available to buyers, which vary in their potency and levels of tetrahydocannabinol (THC), the psychoactive element in cannabis that makes users feel high.

Nunavut’s legislation does allow for private retailers to sell marijuana in Nunavut communities, but the commission has said it won’t consider that until 2019.

Starting on Oct. 17, users in the territory can possess up to 30 grams of marijuana or have up to 150 grams of the substance in their home.

Driving under the influence of cannabis, however, is illegal, as is providing any cannabis to minors, including your own children, the GN said.

The rules around smoking tobacco or cannabis in public places have changed in Nunavut; now the buffer zone around most work places and public places—including schools and health centres—has increased from three to nine metres.