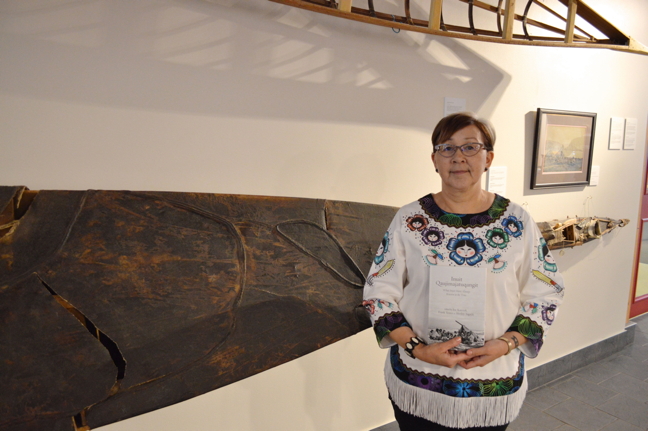 What does Inuit Qaujimajatuqangit mean for you? That question was posed to nine Nunavut elders, and their answers can be found in a new book “Inuit Qaujimajatuqangit – What Inuit Have Always Known to Be True,” released by Fernwood Publishing and launched at the Nunavut Legislative Assembly, Sept. 13. Nunavut Commissioner Nellie Kusugak transcribed and translated sections of the book written by her mother, Rhoda Karetak. “Inuit Qaujimajatuqangit is not about the old ways, I want people to know that,” Kusugak said, reading a passage written by her mother. “[IQ] teaching deserves to be learned just as much as instruction in southern Canadian ways of doing things because we will always live in the North.” (PHOTO BY STEVE DUCHARME)