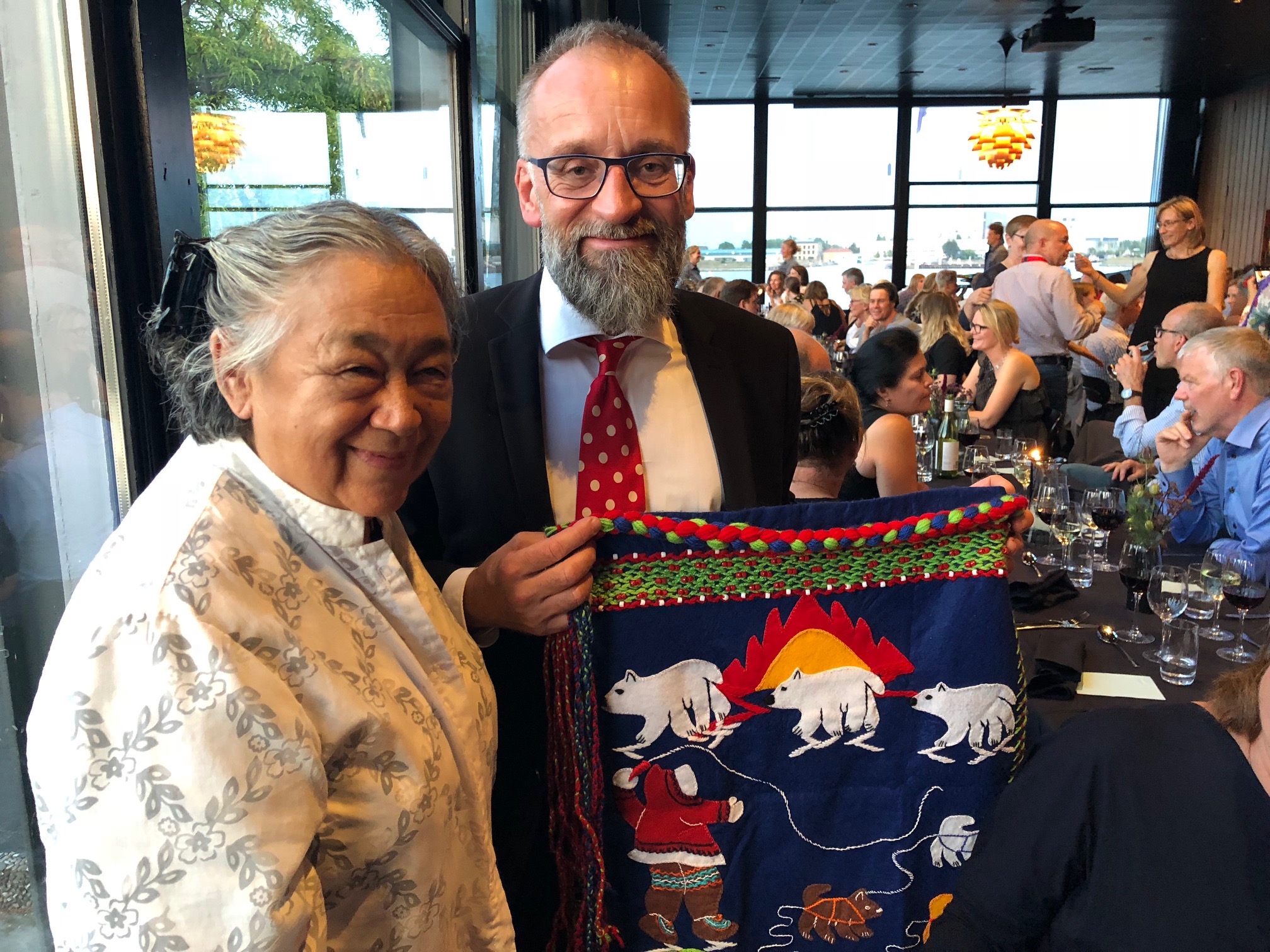 Levinia Brown of Rankin Inlet presents a wall hanging she made to Dr. Anders Koch, the organizer of the International Congress on Circumpolar Health in Copenhagen on Aug. 15. Brown, who is a former Nunavut health minister, was a keynote speaker at the conference where she spoke about changes in Inuit Nunangat from 1940 to today. “There were no doctors and nurses and Inuit looked after each other,” Brown said of those early years, noting that now Nunavut has its own nursing program. (PHOTO BY JANE GEORGE)