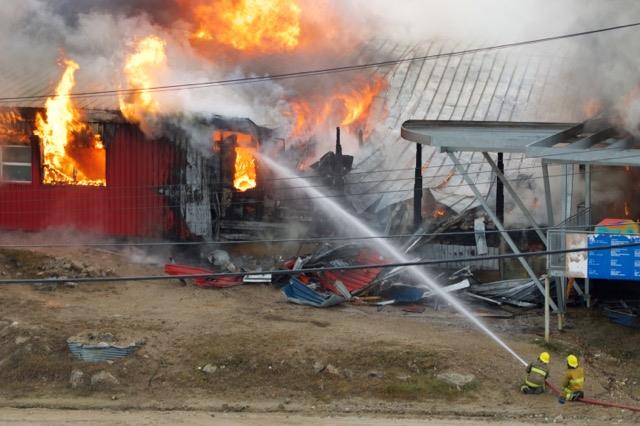 Nunavut RCMP have charged three youth with arson in connection with the Sept. 6 fire that leveled Peter Pitseolak school in Cape Dorset.

Police said Sept. 8 that the three Cape Dorset youth, aged 13 to 16, have been charged with arson with damage to property and arson with disregard for human life.

The RCMP said it continues to work with fire investigators to find out exactly how the fire started at the high school, where about 170 students had just begun classes weeks earlier.

According to community reports, Peter Pitseolak High School in Cape Dorset caught fire shortly after midnight on Saturday and burned for most of the day Sunday.

Unconfirmed reports at that time said that the fire may have been caused by youth sniffing gasoline underneath the school late Sept. 5.

There have been no reports of any injuries or deaths related to the fire.

But its loss is being felt throughout the community: the high school was an important community resource, housing a childcare centre and Government of Nunavut telecommunications equipment that handles government internet access, email and voice conferencing — all of which was destroyed.

The Government of Nunavut said Sept. 7 that it planned to hire local security guards to monitor the site, which was still smouldering after the weekend.