“No case for complacency” 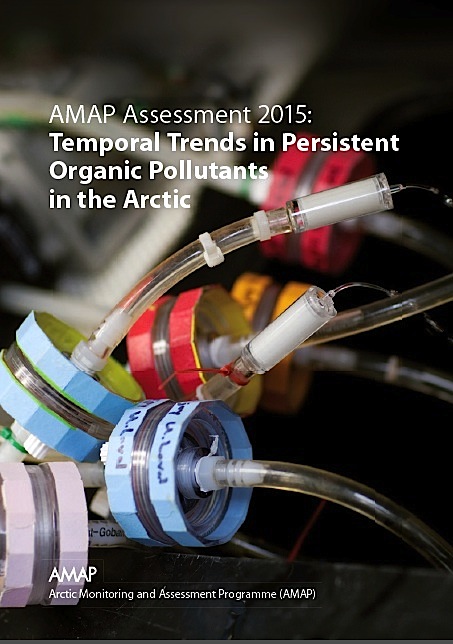 A new assessment report from the Arctic Council’s Arctic Monitoring and Assessment Programme takes a look at the presence of persistent organic pollutants in the Arctic.

POPs—which include toxic PCBs, DDT and dioxins—are produced mainly in industrial areas, but are carried by air and water currents into the Arctic, where they collect in the fat of animals, including humans, and can damage their health.

And, now, PCBs, used for decades in hundreds of industrial applications such as paint, rubber production and electrical transformers, and the insecticide DDT, show “significantly decreasing trends,” according to the Arctic Monitoring and Assessment Programme’s “Assessment 2015: Temporal Trends in Persistent Organic Pollutants in the Arctic.”

Older or so-called “legacy” POPs are the ones that show a significantly decrease in Greenlandic animals, research found.

That’s likely because these older POPs were subject to regulation, nationally and later internationally, under the Stockholm Convention, a landmark treaty to reduce Arctic pollutants signed in 2001 which required countries to reduce or eliminate their use of POPs.

The assessment found the decrease in PCBs, or polychlorinated biphenyls, which have been linked to lower bone density in the polar bear’s penis bone, showed the lowest decrease in adult male polar bears and the highest decrease in landlocked Arctic char.

However, starting in 2000 the decrease in the POPs was lower and increasing trends were actually found in juvenile, adult male and adult female polar bears and in the eggs of black guillemot, the report notes-—perhaps due to the warming climate and changing feeding habits.

The results for a newer generation of POPs, such as brominated flame retardants and fluorinated compounds, “show a more mixed pattern, including some increasing trends.”

The health risks to ecosystems and humans from POPs include disruptions to immune, hormone and reproductive systems.

So the assessment report says it’s important to continue monitoring POPs “although it may be argued that the international regulatory actions have worked successfully and that concentrations are likely to decrease even more in the future.”

And there continue to be troubling local differences: Polybrominated diphenyl ethers or PBDEs, used as a flame retardant, have declined at the European monitoring stations for contaminants, but not at Alert in northern Nunavut.

“The lack of a decline at Alert may be related to the influence of a nearby military site and generally much higher usage in North America,” the assessment says.

The AMAP assessment, which updates previous scientific reports, aims to back up the statements and recommendations made in the “Summary for Policy-makers: Arctic Pollution Issues 2015” delivered to Arctic Council when it met in Iqaluit in April 2015.

The policy report said many new chemicals are being developed and put onto the market each year, often with limited documentation and testing.

And several decades can pass between the commercial use of a new chemical and an understanding and awareness of its harmful effects, and then an agreement to ban or restrict its use.

“[So] despite the considerable progress achieved in reducing Arctic environmental contamination, there is no case for complacency,” AMAP said.

The AMAP assessment of “Human Health in the Arctic,” released quietly in late 2015, provides many examples of how contaminants, including POPs, affect people, but it says risk communication—that is, telling Arctic people to avoid contaminated foods—is not a solution to the Arctic contaminant issue.

“Continued efforts globally are required to reduce levels of contaminants in the Arctic. This includes ratifying and supporting global agreements to regulate contaminants,” AMAP said.