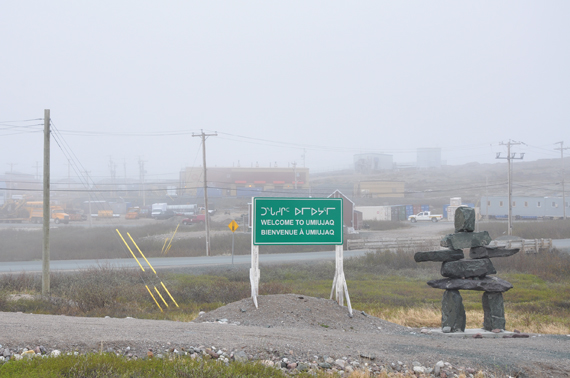 Quebec’s arms-length police watchdog is investigating an incident in Nunavik, two months after an Umiujaq woman was seriously injured after being struck by a police vehicle. (PHOTO BY SARAH ROGERS)

Quebec’s arms-length police watchdog is investigating an incident in which a Nunavik woman was seriously injured after being struck by a police vehicle.

The Bureau des enquêtes indépendantes, or BEI, says its investigators are looking into an April 3 incident when an armed woman was struck in the Hudson coast community as officers moved in to arrest her.

But the BEI only launched its investigation June 5—two months after the event—saying the office recently received new details about the incident.

On April 3, Kativik Regional Police Force officers in Umiujaq responded to reports of a woman who was allegedly armed with a knife and threatening to harm someone.

Officers encountered the woman walking down the street, but when the suspect saw the police vehicle, the KRPF said she started to run towards a nearby home.

The KRPF said the officers then apprehended the woman, who police said received non-life-threatening injuries during the police intervention.

But, in a June 5 release, the BEI said the police vehicle struck the woman, who was then medevaced to Montreal.

The BEI’s mandate is to investigate when civilians are seriously injured or killed during police interventions. Although the KRPF reported the incident to the BEI on April 3, the agency said it has since learned that the woman’s injuries were much more serious than first reported.

A June 5 news article published in Quebec’s French-language newspaper La Presse detailed the injuries after speaking to the doctor who treated the woman, 48-year-old Maina Aculiak, at the Montreal General Hospital, where she spent a month in intensive care.

According to La Presse, Aculiak suffered broken ribs, fractured vertebrae, a broken arm, a punctured lung and a lacerated liver and kidney. She remains in care in Montreal.

“Following new information reported to the BEI, steps were taken to find out what was happening,” the BEI said June 5.

“These steps now allow us to conclude that the 48-year-old woman suffered serious injuries during this police intervention,” the agency said.

“The independent inquiry launched today will allow us to determine whether the information provided about the event was accurate and to shed full light on it and its aftermath.”

It remains unclear how the KRPF described Aculiak’s injuries when it contacted the BEI in April.

The KRPF said the incident is also under investigation by Quebec’s police ethics commissioner—an independent office that processes civilian complaints regarding police conduct across the province.

That and the BEI investigation prevent the force from providing more information about what happened April 3 or what was reported, the KRPF told Nunatsiaq News in an email.

The police force did say its own investigation is ongoing and charges against the suspect have been submitted to the Crown prosecutor.