Save water and take a shower instead: City of Iqaluit 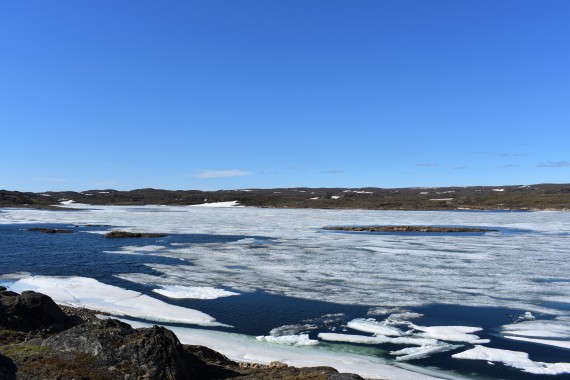 The City of Iqaluit is asking residents to opt for showers over baths, which use five times more water, to help reverse depleting water levels in its freshwater reservoir, pictured here. (FILE PHOTO)

If you live in Iqaluit and you’re thinking about taking a warm bath to end a long day—think again.

The city of Iqaluit is “kindly” asking residents, businesses and visitors to opt for a shower over a bath as a way to help the municipality conserve water.

The move is one of several the city decided to take at its last council meeting to help address a potential freshwater shortage in the community of 8,000.

Lower than normal precipitation levels coupled with increased water demand have depleted water levels at the Lake Geraldine watershed and reservoir. A series of studies over the years have warned of the potential for water shortages.

Typically, the reservoir—which relies on the summer months to replenish—fills by October, although that didn’t happen last year.

The city has now decided to put in a place a handful of measures to address the lower water levels, including the replenishment of the reservoir before next winter, to ensure the community has sufficient water through 2019.

Among those measures, councillors voted to launch a public awareness and water conservation campaign, which came in the form of an Aug. 3 public service announcement.

In it, the city suggests opting for a five-minute shower instead of bath, which can use five times more water.

“Modern showerheads use nine litres of water per minute; a five-minute shower only uses 45 litres.”

The city also suggests turning water off while residents brush their teeth and refraining from using city-supplied water to clean vehicles.

A research paper published last year looked at the viability of drawing freshwater from other sources to replenish Lake Geraldine, though it found that the most local sources—the Apex River or Sylvia Grinnell—could only supplement the reservoir for the short-term.

Instead, geographer Andrew Scott Medeiros has said the city should look to tap other deeper lakes just outside the city to re-fill Lake Geraldine at the end of winter, when the reservoir is at its lowest.

The city is also looking at revising its current water and sewage bylaw, to accommodate new businesses that require larger amounts of water outside the city’s utilidor system.

The city will host a public consultation on its proposed bylaw 200 this Thursday, Aug. 9, from 6:00 to 8:00 p.m. in council chambers. The proposed bylaw can be found here.