Secondary diplomas to be issued to Nunavik grads this year 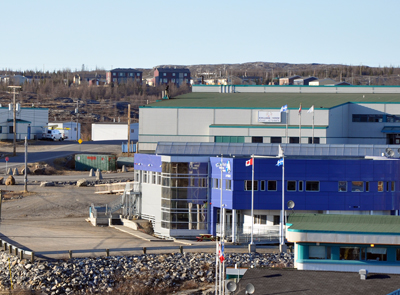 Nunavik students started the 2017-18 school year Aug. 14 with some good news—Secondary 5 students who complete their required courses will receive a diploma at the end of the academic year.

That’s because the Kativik School Board’s Secondary 4-level math, science and technology programs have been reviewed and now accredited by Quebec’s education department.

That resolves a major issue that came to light last spring when Nunavik parents found out some of the KSB’s secondary curriculum hadn’t met provincial requirements for years, denying graduates a secondary diploma.

Instead, students who completed Secondary 5 in Nunavik over the last few years have received something called an “attestation of equivalence certificate.”

“We’re still working to try and backtrack, to get those students [who received] attestations, their certificates,” said Alicie Nalukturuk, chair of the KSB’s council of commissioners.

The KSB said the issue stemmed from a lack of communication, collaboration and support from Quebec’s education department.

The diploma controversy came to a head at a time when the school board was working to establish a roundtable with Quebec education officials, to help collaborate on files specific to the region.

“There’s been a bit of improvement; we’re getting responses to the letters we write, especially when it comes to infrastructure,” Nalukturuk said.

The province has since appointed its director of services to Aboriginals and northern development, Josée Arsenault, as the key contact person for the school board for all issues related to program accreditation, equivalency of programs and curriculum, as well as curriculum pathways.

With the secondary curricula now approved, the KSB said its priority now is to ensure the communication channels remain open so the board can make progress on other pedagogical and curricula issues.

Specifically, the KSB is developing a land-based environmental science course that it has put forward to the province for evaluation and eventually, accreditation.

The program is targeted at secondary students, Nalukturuk said, and if all goes well, it could be introduced by the end of the 2017-18 school year.

That would, in part, replace a cultural outdoor learning pilot the KSB put in place in 2014-15, when the school board implemented a new cultural calendar in four of the region’s schools.

Schools in Kangiqsujuaq, Quaqtaq, Akulivik and Umiujaq piloted the new calendar, which saw 45 minutes added to the school calendar each week to allow students to finish two weeks earlier.

The new calendar had also integrated a three-week block of time reserved for cultural learning outdoors.

But the calendar required extensive planning and proved to be “quite costly,” Nalukturuk said, and was discontinued for the 2017-18 school year.

While the KSB hopes to nurture a better dialogue with the province moving forward, Nalukturuk said the same applies to the board’s relationships with Nunavimmiut parents and families in the region.

“When the [diploma] problem arose last spring, we realized that we hadn’t really been communicating with parents,” she said.

“I’m just hoping we’ll have a more positive communication between Quebec and the school board. And parents too—we’re always welcoming them to be more actively involved in their children’s education.”

The KSB’s council of commissioners has a new executive member: Elena Berthe, who was appointed as the council’s Kativik Regional Government representative last June.

You can see a complete list of council members here.