What Happened to Aputik and Zad? 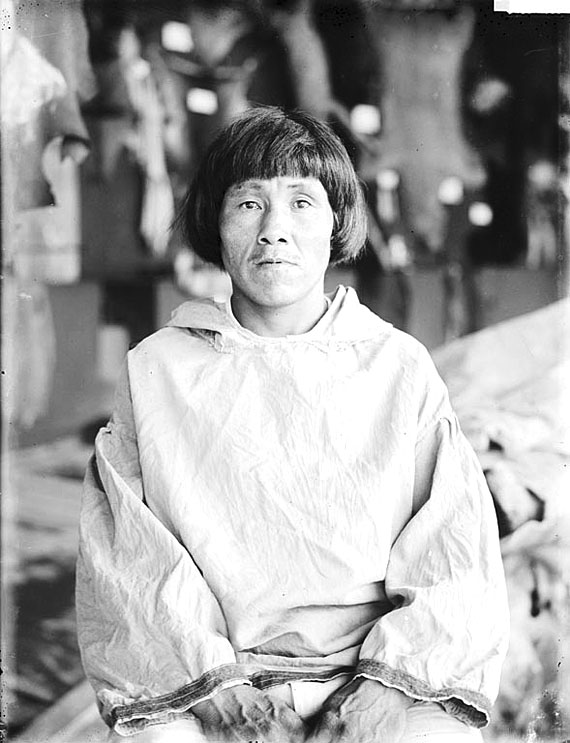 Simon Aputik, born in or near Okak, Labrador around 1861. It’s not clear what happened to him after he was repatriated to Labrador in 1913, though it’s possible that he could have moved to the George River area on Ungava Bay. 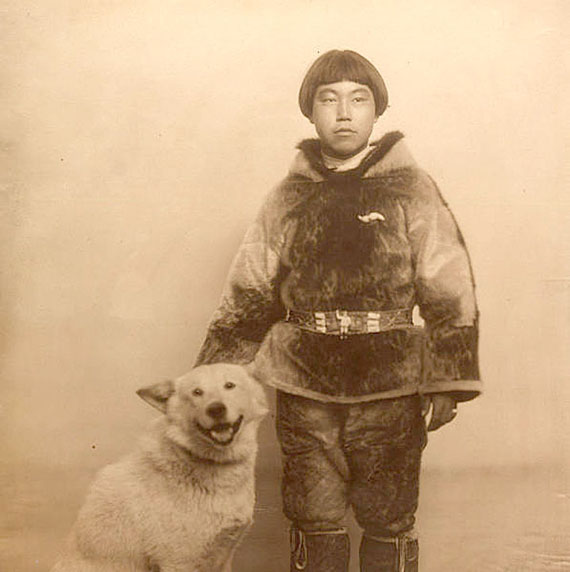 Zacharias Zad, an Inuk from Labrador, spent more than 10 years travelling with Esther Eneutseak and John Smith’s “Esquimaux Village” show in the United States and Europe. After being repatriated to Hebron, he died of the Spanish flu in 1918.

A few weeks ago I wrote about Nancy Columbia, her family and their narrow escape from shipwreck on the Titanic.

The family, led by Nancy’s non-Inuk step-father, John Smith, who had married Esther Eneutseak, had initially booked on the Titanic to return to America from an extended tour of Germany and Belgium, but re-booked to travel on the Mauritania when it became known that the Titanic would be behind schedule.

When the Inuit group left Belgium for England on the first leg of the journey back to the United States, it was without two men who had travelled with them for a decade. They were left behind in Brussels.

A reader commented online about the article, “What became of Aputik and Zad?” Here is the answer to that query.

Because of the detailed records that the Moravian Church kept of its flock in Labrador, we know quite a bit about Zad.

Zacharias Zad was born in or near the Moravian mission station of Zoar on March 26, 1884 and was baptized there on April 6 of the same year. His parents’ names were Seth and Sarah. Seth was the son of a Nain chapel servant, Jonathan, and his wife Ketura.

The surname that Zacharias used, Zad, was a corruption of his father’s name Seth, it being customary for Inuit to adopt a father’s Christian name as a surname. Zacharias’s father, Seth, died of diphtheria on Sept. 7, 1889, when Zacharias was five years old.

We know less about Simon Aputik. He was born in or near Okak about 1861. There are various spellings of his last name — Apothek and Apodick among them — but it means snow. Sometimes he was portrayed as King Snow for American audiences.

Zacharias was 17 years old and Simon 40 when they left Labrador to join Esther Eneutseak and John Smith’s “Esquimaux Village” at the Buffalo World’s Fair in 1901. Over the next decade most of the Inuit associated with that event drifted back to Labrador.

Eventually Zacharias and Simon were the only ones remaining who were not part of Esther’s immediate family. They were, however, related to her.

Over the years, Zacharias and Simon appeared with the family at many exhibitions. They even lived for a few years at the famous Coney Island amusement park near New York. When the family tried its luck in making movies for the then-nascent silent film industry, Zacharias and Simon were often front and centre. Zacharias is always easily recognizable by his distinctive bowl haircut.

In 1911, they went with the family to Germany and then Belgium. But when John Smith took his immediate family back to the United States, Zacharias and Simon were left behind in Brussels. The two men thought Smith’s departure was temporary, for they claimed that he told them he was going to America “on business.”

Moreover, he left some dogs, sleds and furs in Belgium. As it turned out, though, he had left them as security for money he owed other people, and they were seized for payment.

Smith hadn’t paid Zacharias or Simon for some time, and they claimed that he owed them more than 1,000 British pounds. But he left them penniless. They found employment working in a cardboard box manufacturing factory, and accepted donations from the British Charitable Fund in Brussels.

By the time the matter reached the attention of the British Consulate in Brussels, Smith and his Inuit family were settled in Seattle. The British vice-consul there questioned Smith, who denied that he owed Zacharias and Simon any money, and claimed that he, like them, was a victim of an unscrupulous promoter who had taken them all to Europe.

In 1913, Zacharias and Simon were repatriated to Labrador by the British government. They left Antwerp as steerage passengers aboard a ship, the Scotian, on July 12, 1913 and disembarked at Quebec City on the twenty-first. They left the same day by train, eventually reaching St. John’s, and from there continuing on to Labrador in August.

Back in Labrador Zacharias married an Inuk, Ernestine Eins, on April 30, 1916 at Hebron, a Moravian mission station on the Labrador coast. He died there in 1918 of Spanish flu. He left no children.

I have tried without success to find out what became of Simon Aputik. He may have returned to the far north of Labrador – he had been born in Okak – and I suspect that he may even have moved to George River in Ungava Bay.

There was considerable traffic in those days between George River and Labrador. And Aputik is a common name in the George River area. But that is speculation only. Perhaps a reader in northern Quebec or Labrador can shed some light on this remaining mystery. 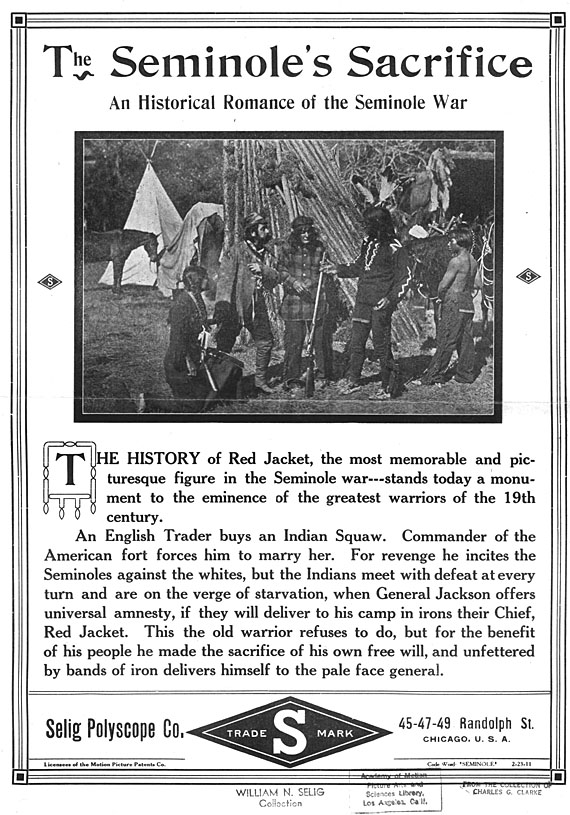 Zacharias Zad can be seen on the far right in this movie advertisement from 1911. He is playing the role of a Seminole Indian.