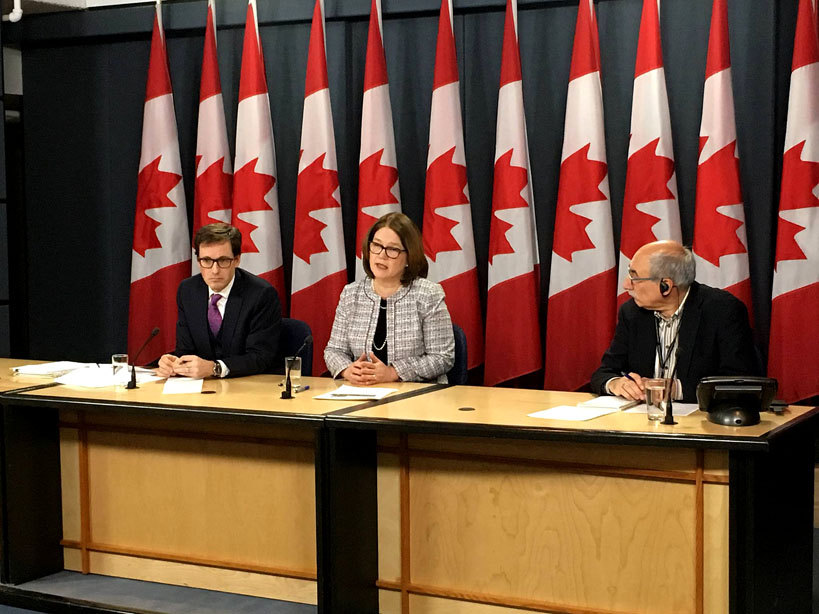 This March 24, federal government officials and Inuit leaders will announce a target date for the eradication of a great scourge that for many decades has inflicted death and misery on the people of Inuit Nunangat: tuberculosis.

“We intend to see the elimination of tuberculosis from Inuit Nunangat,” Indigenous Services Minister Jane Philpott said yesterday, near the end of an hour-long session with reporters in Ottawa held to provide an update on her new department’s work.

“Rates of tuberculosis among Inuit are 270 times higher than among the Canadian-born non-Indigenous population. This is appalling that this is a reality,” Philpott said.

She said the government will hold off announcing the TB-elimination target date until March 24 because that is the date set for World Tuberculosis Day this year.

Philpott made the remarks in response to a reporter’s question about whether her department has set measurable targets to gauge the success of its various efforts to improve Indigenous well-being.

In doing that, she cited the heartbreaking loss of Ileen Kooneeliusie, 15, of Qikiqtarjuaq, who died this past January at the Children’s Hospital of Eastern Ontario in Ottawa.

This past March, CBC Iqaluit reported that though the child had been sick for many weeks, she was only diagnosed with TB on the night she died.

And this past September, Stephen Lewis, the former deputy executive director of UNICEF and Canadian ambassador to the United Nations, visited Nunavut to lambaste the federal government for its failure to tackle TB in the Arctic.

“We’re seeing young people like Ileen die. This is not a unique story. It’s one that I share because the facts are already out there in the public domain, but there are stories out there, repeatedly, of young people who are dying of a completely treatable and preventable disease,” Philpott told reporters.

When that Inuit-Crown group met in Nunatsiavut this past September, they promised to create a TB task force to work out an Inuit approach to eliminating TB in consultation with communities.

Another likely element in the new TB elimination strategy is more use of a new antibiotic called rifapentine, an Indigenous Services background document said.

Rifapentine is not yet approved for use in Canada. But this past June, Health Canada added rifapentine to its list of drugs than can be imported to meet an urgent public health need, the backgrounder said.

In March 2017, Dr. Gonzalo Alvarez, a TB researcher and respirologist at the Ottawa Hospital, told Nunatsiaq News that rifapentine, combined with other antibiotics, can cure TB after only 12 doses, compared with 80 doses of older medicines.

Another element of the TB elimination campaign is likely to be support for the Taima TB 3HP Project, which will assess the feasibility of a shorter course of treatment for those diagnosed with latent TB, so they don’t develop the active form of the disease, the backgrounder said.

Philpott said the federal government will use the World Health Organization’s definition of TB elimination: less than one case per million in any given population.

Philpott has served as Indigenous Services minister since this past Aug. 28, when Trudeau announced the old department known as Indigenous and Northern Affairs Canada, or INAC, will be dissolved and replaced by two new entities.

Her department is primarily responsible for former INAC programs that Ottawa delivers directly to Indigenous peoples, such as health, education and community infrastructure, mostly for First Nations.