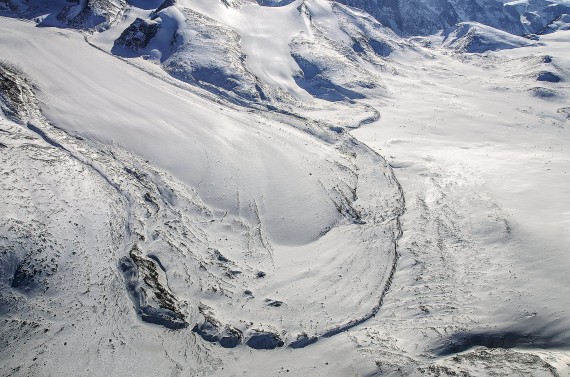 Most of Canada’s Arctic glaciers are shrinking—and some are already gone.

A survey of 1,773 glaciers across northern Ellesmere Island in Nunavut, Canada has found more than three-quarters had lost area between 1999 and 2015. Overall, the glaciers lost about six per cent of their total ice coverage, the equivalent of 1,705 square kilometres.

Adrienne White, from the Laboratory of Cryospheric Research University of Ottawa, and her colleagues used optical satellite imagery to inventory and measure the area of the glaciers on Canada’s northernmost island.

Over the past 16 years, the area of 150 glaciers had shrunk by half or more. Two ice shelves had melted and 19 glaciers with floating ice tongues had retreated to their grounding lines and now ended at the ocean. Five glaciers had been lost entirely.

A rise in air temperature has contributed to the glacier melt, said White.

On average, temperatures in the region have increased 0.5 degrees Celsius per decade since the 1940s. But there was a strong shift in the mid-1990s, when the mean annual temperature increase accelerated to 0.74C per decade from 0.12C. The average summer air temperature shifted to above freezing from below freezing since 2000, said White.

“The biggest per cent per decade changes occurred on short and small glaciers at low elevation,” said White, who presented the work at the Polar 2018 Open Science Conference in Davos, Switzerland, in June. The study was published in the Journal of Glaciology on June 27.

Canada is home to about 30 per cent of the world’s glaciers and is the third-largest contributor to sea-level rise, after Antarctica and Greenland. The melted water flows into rivers and streams, and eventually reaches the oceans, where it contributes to sea level rise.
In a separate study, Laura Thomson of Queen’s University in Kingston, Ontario, detailed the findings of four reference glaciers in the Canadian Arctic, the Meighen Ice Cap, Melville Ice Cap, Devon Ice Cap and White Glacier, on Axel Heiberg Island.

Researchers have made annual measurements of three ice caps and one mountain glacier on four islands in the Canadian Arctic since 1960.

The four reference glaciers remained relatively stable until the 1990s. “Then we saw large swings, where the melting doubled,” said Thomson. The summer melt of these four glaciers has increased more than five-fold in some years since 2005.

At the same time, the annual average temperature in Eureka, a small research base on Ellesmere Island, has risen 3.2C since 1972. Because there have been little to no change in precipitation for more than 50 years, temperature is to blame for their retreat, said Thomson.
Last year, researchers from the University of California Irvine reported that from 2005 to 2015, the surface melt from the glaciers on the Queen Elizabeth islands, which includes Ellesmere Island, rose by 900 per cent.