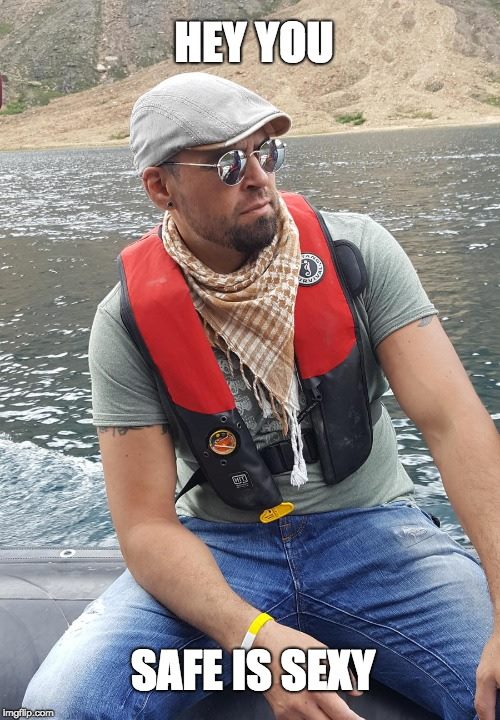 “You can be safe by wearing condoms, being faithful to one person, waiting/not engaging in sex, getting checked on a regular basis… Choose your style,” reads the caption under this photo of Jaaji Okpik of the Twin Flames duo, recently posted to the #CheckUpProject Facebook page.

Projects that aim to improve sexual health among youth in Nunavik and Nunavut are leading to promising results.

That’s according to presentations at the recent International Congress on Circumpolar Health in Copenhagen.

There, Dr. Véronique Morin of the Nunavik Regional Board of Health and Social Services spoke about the success of a new online program called #CheckUpProject.

#CheckUp uses social marketing and social media to encourage Nunavik youth, 15 and up, to get tested for sexually transmitted infections.

The idea behind the online project was to normalize testing by using social marketing, Morin said.

Nunavik has high STI rates: in 2013, rates for chlamydia and gonorrhea infections in Nunavik were respectively nine and 73 times higher than those reported for Quebec.

But an assessment showed that many youth were worried that screening may not be confidential. As well, they lacked knowledge and worried about the complications of a positive diagnosis.

Morin said a decision was made to reach youth online, through Facebook, because there is internet in many homes and free WiFi at the airport in every community.

An online update from 2017 on the #CheckUpProject says that, before moving ahead, the team, which included a professional marketing company, built a series of questions for youth.

These aimed to make them laugh, talk about screening in a positive way, and stress the importance of having a partner who is tested and treated.

Among the goals: to influence young men to get screened by displaying it as an asset to make them desirable to young women.

Then, the project promoters visited four communities in Nunavik (Akulivik, Inukjuak, Kuujjuaq and Kangiqsualujjuaq) to film videos promoting screening for STIs, featuring youth from the community and the group Twin Flames.

These videos and other visuals are displayed on Facebook on the CheckUpProject Facebook page, which now has more than 2,000 likes.

The main video with the Twin Flames has been watched more than 21,000 times.

In the first nine months of the five-year #CheckUpProject, screening rates rose by 35 per cent, Morin said, with a significant increase among men. And the rate of positive STI screening tests was up by 28 per cent.

In Nunavut , there’s a project called Timiga, Ikumajuq, or My Body, My Light Within, which uses Inuit art, drama and storytelling to improve discussions around sexuality, diversity and relationships.

At the ICCH meeting, Moriah Sallaffie of Qaujigiartiit Health Centre in Iqaluit shared some of the results of the project, a collaboration between Qaujigiartiit and the Qaggiavuut Society for the Performing Arts, funded by the Canadian Institutes of Health Research.

Afterwards, Sallaffie said there was improvement, with girls reporting a stronger feeling that they could get people in the community to help them.

And many of the Grade 9 and Grade 10 participants said they had learned new things about sex, for instance, female condoms, safe sex, STIs and diversity.