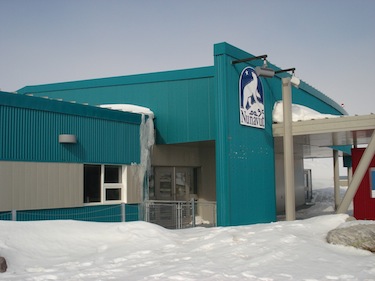 When Nunavut adults and elders need special care, they must often go to continuing care facilities in the South because they can’t get the care they need within the territory.

But now, people in the Kitikmeot, who are over 19 and need 24-hour personal care, palliative care, respite care or care following an illness, can stay closer to home at the recently opened continuing care centre in Gjoa Haven.

Although the $1.5-million facility was finished a year ago, the first resident arrived only this past September — an elder from Kugluktuk who had previously received care in the Northwest Territories.

Now there’s a second resident and a waiting list for admission to the centre, manager Jacqueline Ramnath said in a recent interview.

As soon as specialized hospital beds arrive — and additional nursing staff can be hired — other residents will arrive to live or stay for shorter periods at the 10-bed facility, Ramnath said.

Residents require varying levels of care — some need up to 16 hours of assistance a day and round-the-clock surveillance due to illnesses like Parkinson’s, Alzheimers or genetic conditions that cause mental and physical limitations.

To provide this 24-seven care in Gjoa Haven, there’s a full-time nurse on staff, four registered practical nurses along with a cook and 10 continued care workers.

Right now, only two RPNs have been hired, a shortfall that has limited the number of residents who can live at the centre.

But that’s okay, Ramnath said, because this has given everyone there more time to adjust working together before the facility is filled to capacity.

“It’s great for us to work now at a slower pace,” she said. “I believe I’ve been blessed with the team here.”

The centre’s team also includes a recreational worker who organizes daily activities, such as exercises for the residents.

There’s also a vehicle on hand to take residents out — for example to the weekly drop-in afternoons held every Wednesday at the hamlet office.

To keep everyone in the Kitikmeot up to date on what’s happening, Ramnath plans to regularly send out a newsletter.

The new continued services in Gjoa Haven and Igloolik, where a second continuing care facility opened last month, complement this type of service, says the GN, which has been spending about $4.7 million every year on continuing care services outside Nunavut.

By offering more continuing care in Nunavut, not only will persons who require the services benefit, but there will be more job opportunities for local residents, the GN says.