At Kangirsuk location, workers hauled away 400 empty drums, 34,000 kg of waste this summer 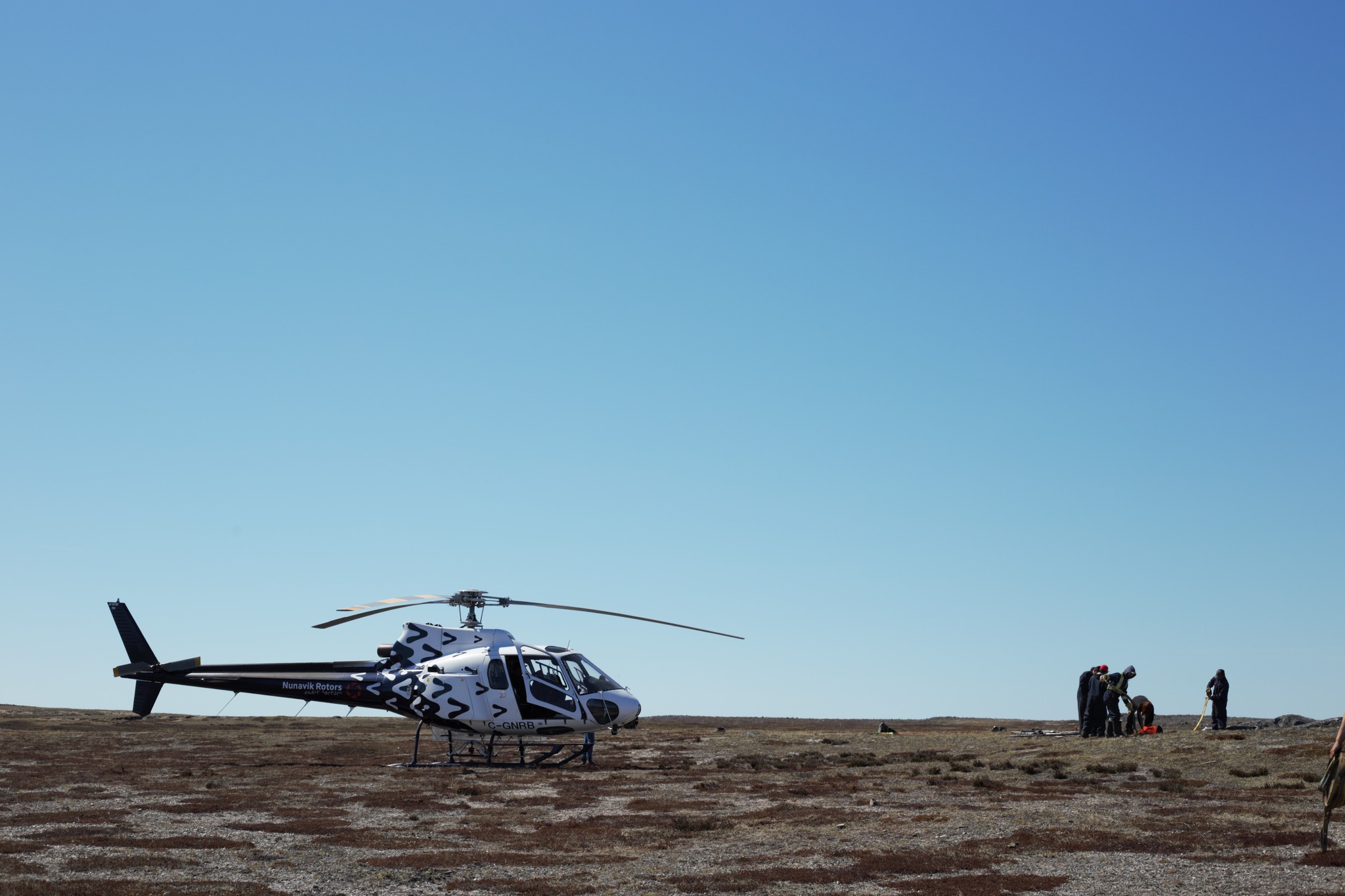 Workers from Kangirsuk were flown by helicopter to an abandoned mineral exploration site to clean up scrap left behind decades ago. (Photo courtesy of Kativik Regional Government)

A group of workers from Kangirsuk recently collected 400 old empty drums and more than 34,000 kilograms of waste from a former mineral exploration site near the community.

This is one of the final sites of 90 taken on over the past 15 years, as part of the Nunavik Abandoned Mineral Exploration Sites Rehabilitation Project.

Once the Kangirsuk site, and another near Kuujjuaq, is cleaned up this summer, the project will wrap up, said Aglae Boucher-Telmosse, the project’s manager.

Before environmental regulations required mining companies to clean up exploration sites, many were abandoned and left littered with tools, machinery and gas tanks.

So the Kativik Regional Government, Makivik Corporation, Quebec’s Ministry of Energy and Natural Resources, and a group of 30 companies in the mining sector that calls itself Fonds Restor-Action-Nunavik came together and created the rehabilitation project in 2007.

Quebec kicked in $4.1 million towards the cleanup, and the consortium of mining companies contributed $1.5 million between 2007 and 2017. The KRG provides logistics and other contributions valued at about $200,000.

The goal is to remove these materials and hazardous waste so the surrounding environment can recover.

“We find batteries, plastics that are shredded by animals sometimes, so we make sure that we make it a good cleanup and we put the site back to its natural state, as much as we can,” Boucher-Telmosse said.

One challenge of cleaning up these sites is their remoteness, as many are accessible only by plane or helicopter.

In the case of the Kangirsuk site, workers hired from the community were flown in by helicopter. All the materials and scrap that was collected was transported back to the community by aircraft as well.

The collected materials don’t stay in the community. They are flown south where they can be processed.

For example, the workers picked up large amounts of scrap metal, which can be repurposed. Hazardous waste was also collected, contained, and sent to proper treatment facilities.

Over the course of the project, workers have cleaned up heavy equipment, propane tanks, reservoirs, various forms of fuel, batteries, paint, fire extinguishers, and transformers from sites around Nunavik.

“We know that there’s already enough materials in the dumps in the northern villages, so in this project it was really important for us to not just load the dump even more,” Boucher-Telmosse said.

“Every time we take back some materials to a town, we make sure that it goes, within the same year, … down south to a treatment facility.”

She said KRG will issue a report next year highlighting details of the project.