”The Arctic is at the epicenter of climate change” The Arctic is melting, and it’s time to take action, says the Inuit Circumpolar Council. (PHOTO BY JANE GEORGE) 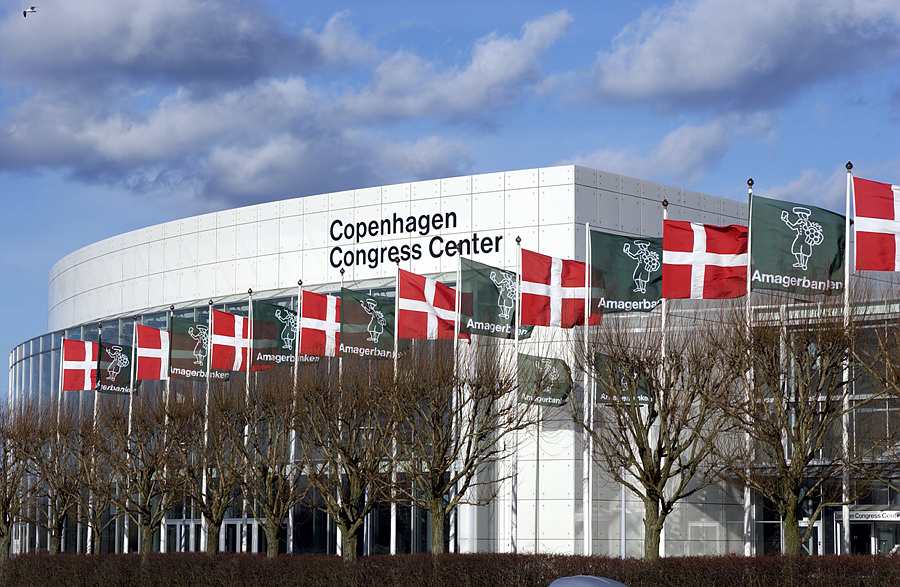 The Inuit Circumpolar Council wants to make sure the Arctic stays in the forefront as world leaders and officials from the 200 United Nations member nations meet at the Bella conference center in Copenhagen Dec. 7 to 18. (PHOTO COURTESY OF THE BELLA CENTER).

“The Arctic is at the epicentre of climate change. Inuit traditions and subsistence practices have already been assaulted,” Stotts said in a Nov. 13 ICC news release.

ICC’s six-point “call to global leaders” comes less than three weeks before politicians, officials and scientists meet in Copenhagen Dec. 7 to 19 to reach some consensus on how to curb and manage climate change

ICC wants to draw attention to its needs and establish the right of Inuit communities to benefit from the billion-dollar climate change adaptation fund, which is expected to be part of a new global plan on climate change.

Help to cope with the already-visible impacts of climate change the Arctic will be the key to success in Copenhagen, ICC says.

And any climate change adaptation fund should recognize the responsibility of wealthy countries to help communities within their borders, which are the most vulnerable to climate change impacts, including indigenous peoples, ICC says.

“We Inuit live in so-called developed countries. Yet we are getting ready to relocate entire communities and rebuild our infrastructure as our permafrost melts and our shorelines erode”, said Itta.

The upcoming meeting in Copenhagen, which is the focus of ICC’s “call for action,” is generally referred to as “COP15″ because it’s the 15th time that there has been a conference among the parties or 200 governments involved in international policy-making on climate change.

US president Barack Obama and Germany’s chancellor Angela Merckel are among the many world leaders expected to make an appearance at the end of the two-week conference.

“We hope that the world’s political leaders will listen,” Stotts said.

Aqqaluk Lynge, ICC’s vice-chair for Greenland, says the Greenland ice cap’s rapid melt shows the world that Inuit are among the most vulnerable people in the world.

“Government leaders at COP15 must take the strongest possible measures to protect our Arctic homeland,” Lynge said. “We need resources and technology to help us adapt.”

Inuit leaders also offered to help the climate change deliberations in Copenhagen with their traditional knowledge of the environment.

“We offer our traditional knowledge, which is based on living closely with the land and sea over many generations, and is passed down from grandmother to granddaughter, grandfather to grandson,” said Tatiana Achirgina, ICC vice-chair for Chukotka.

UN member states and their scientists should “draw upon this knowledge as they tackle climate change impacts and adaptation challenges,” Achirgina said.

Many hope the Copenhagen meeting will produce a framework for a legally-binding global treaty on climate change to replace the Kyoto Protocol, which expires in 2012.

In 1997, Canada signed the Kyoto Protocol, committing to reduce greenhouse gas emissions by six per cent below 1990 levels by 2010.

Scientists now say industrial countries like Canada should reduce these emissions by 25 to 40 per cent from 1990 levels by 2020.

The outcome of COP15 is likely to be a political agreement on targets to reduce greenhouse gas emissions and what kind of help developing countries can expect.

This agreement would list reduction targets for greenhouse gas emissions from the industrialized countries, spell out what the developing countries, like China and India, are ready to do, and say who will foot the bill to support and develop new, non-polluting technologies.

No matter what deal COP 15 finally produces, ICC wants to keep the Arctic in the forefront and is planning an Arctic Day in Copenhagen’s North Atlantic house on Dec. 16 to highlight climate change’s impact on the region.

Inuit leaders, including Nunavut’s premier Eva Aariak, a member of the official delegation for Canada, will also be in Copenhagen.