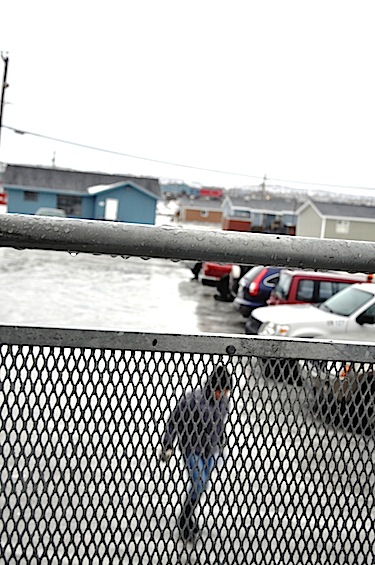 Unseasonably warm temperatures— with temperatures as much as 20 degrees above normal— have dominated much of Nunavik so far this month, which has meant rain drops in many communities instead of snowflakes.

In Salluit, above normal temperatures meant this Hudson Strait community was much warmer than southern Quebec on Dec. 17.

At 5:00 p.m. a light rainshower was falling in Salluit, according to the Environment Canada website, and the temperature there was 2.3 C.

Environment Canada also reported record high temperatures in Kuujjuaq on six days in the first half of December, while the community set a new record for winter rainfall Dec. 1 when 9.6 mm of rain turned the streets into skating rinks.

In Kuujjuaq, daytime temperatures above zero were recorded on more than eight days by the second week of December, while more were forecast before Christmas— and on Dec. 17 temperatures did reach 3.1 C.

But it’s possible these temperatures aren’t so unusual these days – Environment Canada says the warming of northern regions is part of a trend seen over the last 10 years.

In Kuujjuaq, for example, 13 of the past 15 Decembers recorded were warmer than normal.