A big asterisk next to Nunavut’s little surplus

MLAs return to legislature to sort out latest housing fiasco 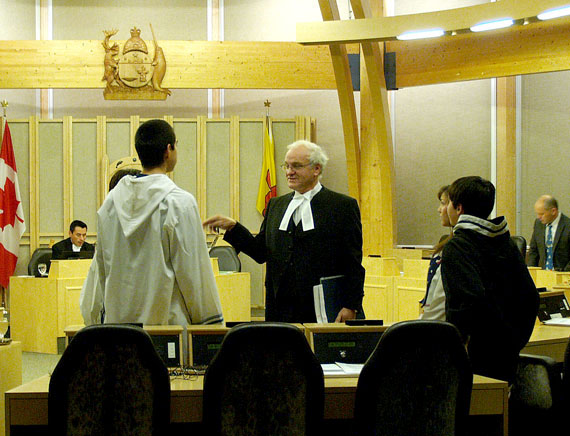 Nunavut is still on track for a razor-thin budget surplus, finance minister Keith Peterson says, but possibly not for long, thanks to cost overruns at the Nunavut Housing Corp.

Peterson rose to give the first speech of the new legislative assembly session Oct. 19, and said Nunavut is, on paper at least, headed for a $600,000 surplus on its nearly $1.5-billion operating budget, up from the $200,000 predicted this past spring.

“I must caution the house that this small surplus may not exist at the end of this fiscal year,” Peterson told MLAs.

So while the Government of Nunavut has already found a way to absorb the $60 million worth of cost overruns from the Nunavut Housing Trust announced in May, the same can’t be said for $50 million in overruns from a second housing program, the Affordable Housing Initiative. That shortfall was announced in September.

“If we incur these costs before March 31 [2011], then we will end this fiscal year with a deficit,” Peterson said.

Speaking later to reporters, Peterson said housing units that aren’t completed by March 31 wouldn’t be included in this year’s budget. He added the housing corporation is trying to see how many homes it can complete this year.

But he also said the GN may have to put off capital projects or go into debt in order to cover the $50 million.

“No finance minister wants to run a deficit, but these are houses. And we’re still going to build houses,” he said.

The budget bill, which must still passed by the assembly, was not printed by deadline, but Peterson told the assembly it contains more than $96 million worth of projects carried over from this year. The rest includes arena upgrades and new territorial and municipal government infrastructure.

MLAs are still awaiting an action plan from housing minister Tagak Curley to deal with the latest $50-million shortfall.

But he said he was reassured that the report “did not reveal errors, omissions or irregularities.”

Curley also said that a proposal to move seven financial positions from the housing corporation’s headquarters in Arviat to its directorate in Iqaluit was still before cabinet and hadn’t been approved yet. But Curley appeared to support the idea.

“That may be one of the weaknesses, not having financial services at the [housing corporation’s] directorate,” Curley said.