2 candidates officially in race for Ungava riding in Quebec election

Maïtée Labrecque-Saganash currently is the only challenger to incumbent MNA Denis Lamothe for Oct. 3 vote 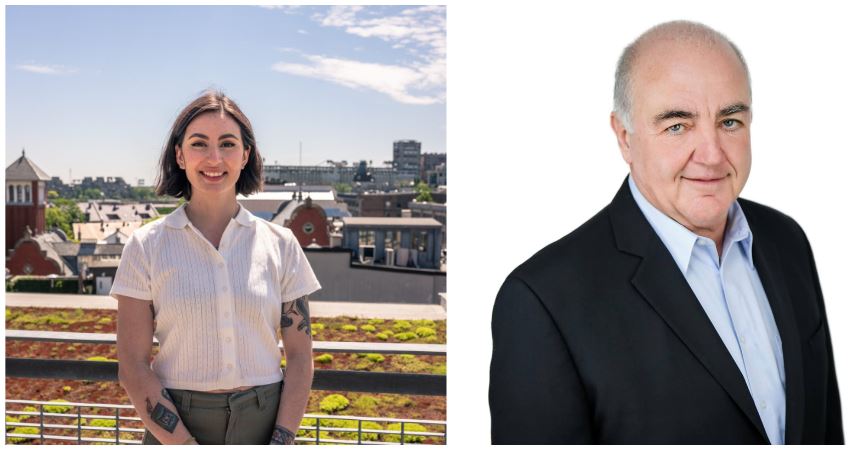 Québec solidaire candidate Maïtée Labrecque-Saganash, left, and CAQ incumbent MNA Denis Lamothe are currently the only names in the race for Ungava with less than two months to go until the Oct. 3 Quebec provincial election. (Photos courtesy of Québec solidaire and Denis Lamothe/Facebook)

Maïtée Labrecque-Saganash was officially nominated as the candidate for Québec solidaire at a celebration event in Chibougamau on Wednesday.

The 27-year-old aspiring Cree activist and columnist is from Waswanipi. Her father is former NDP MP Roméo Saganash, who represented Abitibi-Baie-James-Nunavik-Eeyou in the House of Commons from 2011 to 2019.

After accepting the nomination, Labrecque-Saganash criticized the current Coalition Avenir Québec government for ignoring the needs of Nunavimmiut.

“What is happening right now in Nunavik is a humanitarian disaster and the CAQ government is completely ignoring it,” she said in a news release, citing staff shortages, service disruptions and weakened public services she called “commonplace in the region.”

Labrecque-Saganash is currently the only challenger to Ungava’s incumbent MNA, Denis Lamothe.

Back in May, Lamothe announced he would run for a second term under the Coalition Avenir Québec banner.

“I am pleased to officially announce that I will proudly wear the colours of the CAQ in Ungava for a second time in the general elections of Oct. 3,” Lamothe said in a May 29 Facebook post.

So far, none of the other parties have selected a candidate.

Laura Chouinard-Thuly, a spokesperson for the Parti Québécois, said in an email to Nunatsiaq News her party would nominate a candidate in the coming weeks.

Previously, the PQ was the dominant party in Ungava, having won every provincial election from the electoral district’s creation in 1980 until 2014.

According to Elections Quebec, people are allowed to register as candidates up until 16 days before the election.