Identity a non-issue for Elisapie Isaac

“As long as people enjoy my music, that’s what’s important”

What’s being Inuk got to do with it?

Perhaps a lot — but Elisapie Isaac doesn’t really care, as long as you like her music.

The Salluit-raised singer-songwriter is creating a buzz across her growing fan base in Quebec and Canada, while more listeners tune in to hear her jazzy pop delivered in English, French and that other language, Inuttitut, which some people in the South find mysterious.

Sometimes referred to by southern audiences as Innu or even Iqaluit, the Inuttitut-speaking chanteuse takes the mangled cultural references all in stride.

“First, I felt that [being an Inuit singer] was imposed on me, when I hadn’t quite formed my artistic identity,” Isaac said in an interview with Nunatsiaq News. “Now that that’s much clearer, I steer my identity now.”

“So, if that’s how people see me, great. As long as I feel free and people enjoy my music, that’s what’s important.”

In playing up where she comes from, Isaac knows she holds a good card.

When she opens her southern shows with an Inuttitut greeting, a snippet of life growing up in Salluit, her audience is drawn in by the northern glimpse she offers them.

Isaac puts on a good show, too. She has a gorgeous voice that turns Inuttitut into honey.

But Isaac’s greatest potential is already being realized, thanks to the thousands who’ve caught her in concert over the summer, from both ends of the country.

Whether she planned for it or not, Isaac has become an ambassador for Nunavik – and a good one at that— a charming, talented, tri-lingual spokeswoman for a region that is largely unknown or misunderstood outside of the Arctic.

Already, many people in Quebec are starting to understand the difference between the Innu nation and the Inuit, as Isaac points out in a recent interview.

During a recent performance, she stresses the “k” at the end of Nunavik, for the benefit of her qallunaat audience.

The rest of her show portrays the place she grew up, from references to seal broth, her cousin’s tragic suicide and the igloo — “my people invented a house made of snow!” she tells them.

Plans to tour to France next spring and grow an international audience also bode well for Isaac over the coming year.

Isaac “definitely” intends to make another album in the next couple of years, and hints at directing another film documentary based in the North.

In 2004 her short documentary, If the weather permits, or in French, Si le temps le permet, screened at the prestigious Sundance film festival of independent films.

Isaac’s highly personal film recounted the difficulties Nunavik communities are having as they try to bridge their traditional heritage to modern culture, telling the story of two residents from Kangiqsujuaq: the late Naalak Napaaluk and Danny Alaku, a young police officer.

“It’s still in my head,” she said about her future project. “But it won’t be a traditional documentary, it’ll be more eclectic and musical.”

So, when Isaac named her first solo album There will be stars, she might have been talking about herself.

She continues to nurture her Canadian following during a fall tour across Quebec.

“This has been a really nice tour. The shows have been intimate, but at the same time, it’s a good-feeling vibe,” she said. “We feel like we’re at our best now.”

“So much changed after this album,” Isaac added. “A lot of people were surprised to hear this more pop-y version of me.”

But the feedback has been good, she says, and has brought just the right kind of attention.

“I was walking around quietly before, now I’m getting stopped by people who tell me they like the album,” Isaac said. “For that, I’m happy, it’s not too overwhelming.”

And what can Isaac say to young Nunavimmiut artists who want to make a living from their craft?

“If you’re really passionate, it should be clear,” Isaac said. “Then you have to have the guts to do it, even if you’re shy or insecure.

“There’s a big difference being able to say: I have it in me. That’s what I’ve always believed in.”

While Nunavik offers inspiration, Isaac said it’s hard to define your abilities in such a small market.

“The North is definitely a place of inspiration,” she said. “But at some point, you have to make the move to the city to network with other artists.” 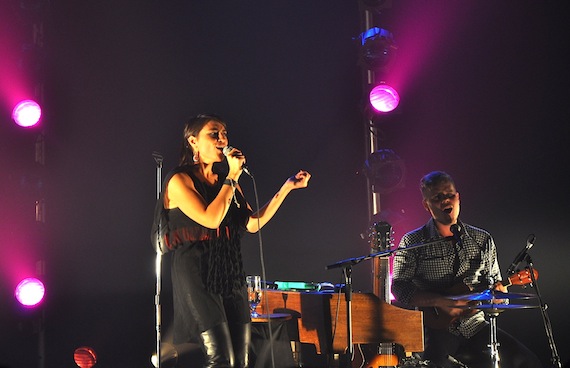