”We received a lot of complaints from the community” 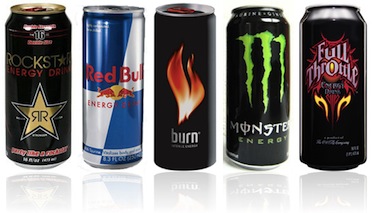 You won’t find these energy drinks on shelves in Nunavik’s co-op stores any longer. (PHOTO HARVESTED FROM PSYCHOLOGYTODAY.COM)

When you down an energy drink, you get a caffeine boost almost double that found in a cup of coffee and sometimes five times more than in a can of cola.

So it’s no wonder that the market for energy drinks like Red Bell, Full Throttle and Rockstar has exploded in recent years, targeting tired teens with active lives.

But you won’t find energy drinks at co-op stores in Nunavik any longer, since the Fédération des coopératives du Nouveau-Québec stores decided to ban the drinks across the region.

The decision was made by its member co-op stores, said the FCNQ’s Daniel Lelièvre, after they decided the drinks weren’t safe for pregnant women and young people in their communities.

George Pilurtuut, manager of the co-op in Kangiqsujuaq, said the beverages were popular when they started selling the a few years ago.

“But we received a lot of complaints from the community,” Pilurtuut said. “They were complaining because a lot of kids were buying them.”

To date, Health Canada has approved 18 energy drinks for sale in Canada, categorizing them as natural health products because of the vitamins and herbal supplements they include.

But they don’t specify the limits for teens, who are by far the largest consumers of energy drinks.

This is dangerous, they say, because the effects of caffeine can allow someone to drink more over a longer period of time, which may lead to alcohol poisoning.

But there’s been pressure on the federal government to limit the sale of the drinks to minors. A parliamentary health committee has been investigating these beverages since they were linked to the death of a Prince Edward Island teen in 2008.

The family of the young man, who died suddenly of an irregular heartbeat, says he consumed an energy drink just hours before his death.