“I’m very proud to be from Nunavut” 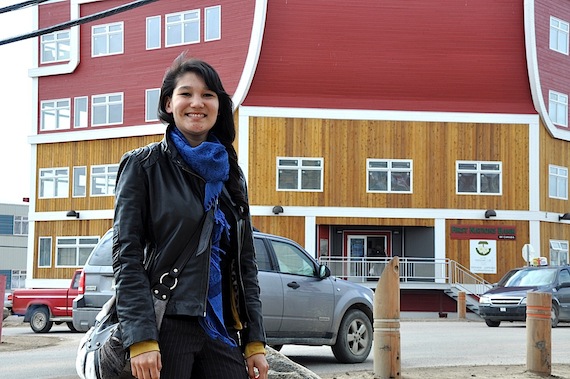 Malaya Qaunirq Chapman, 22, seen here at the Four Corners in Iqaluit, will represent Nunavut in the Miss Canada International competition in Toronto in early July. (PHOTO BY SARAH ROGERS) 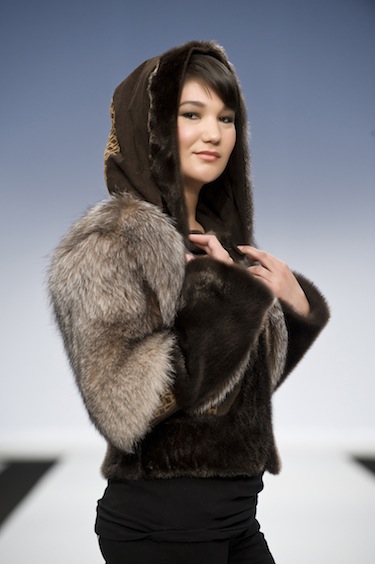 Malaya Qaunirq Chapman will travel to Toronto this July, armed with a pair of seal skin slippers and an important message.

The 22-year-old Iqaluit woman plans to tell her southern audience about Nunavut’s troubling suicide rate – and about the work she and her fellow Nunavummiut are doing to curb it.

Qaunirq Chapman will represent the territory as the 2011 Miss Nunavut in the annual Miss Canada International pageant this July, where she’ll compete against young women from across Canada.

“It’s a unique pageant, because they ask you for a platform and [local] issues you want to bring awareness to,” Qaunirq Chapman said. “I’m very passionate about suicide prevention and what we can do… to start living a healthy traditional lifestyle like our grandparents did.”

Qaunirq Chapman is trained in suicide prevention and volunteers with the territory’s suicide prevention hotline. She hopes to bring this year’s competition some compelling background on the issue, using statistics and personal experience to illustrate how communities are impacted.

Similar suicide rates in any southern region would be considered “an extreme epidemic,” she said. “Sure, we’re very isolated, but that doesn’t mean that Nunavut doesn’t count.”

Qaunirq Chapman works as a judicial officer for the Nunavut court of justice and hopes to study law if and when the Akitsiraq Law School becomes a reality again.

Qaunirq Chapman said she had a “traditional,” upbringing, although it took her from her home town to Pangnirtung, later to Montreal and then Los Angeles as a teen before she settled back in the territory’s capital.

Through her work modeling clothing for local organizations, Qaunirq Chapman said she has access to traditional creations by local artists that she plans to don at the Miss Canada gala July 8.

But cultural clothing aside, Qaunirq Chapman hopes to prove that this pageant is not just about looks.

In fact, Miss Canada International delegates are not judged on their physical appearance, and there is no swimsuit or talent competition.

The competition, the country’s largest national pageant for women aged 19 to 26, judges its delegates on their ability to communicate, their personal achievements, scholastic testing and overall desire to be an ambassador to Canada.

Miss Canada International winners receive a post-secondary education scholarship and also serve as ambassadors to a charity of their choice.

But Qaunirq Chapman only wants to set an example for other young women.

“I hope to inspire other young girls to pursue this and take advantage of every opportunity,” she said. “Just because we’re isolated doesn’t mean we have to stay isolated.”

Qaunirq Chapman isn’t the first to represent the territory; in 2004, Rankin Inlet’s Ashley Paniyuk-Dean was the first Inuk to participate in the Miss Canada competition.