Kangiqsualujjuaq facility to open by Nov. 1 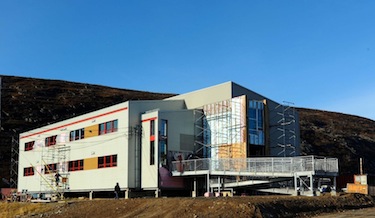 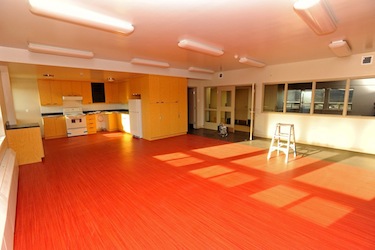 The renovation of a Kangiqsualujjuaq apartment complex into an assisted living facility for residents has reached its final stages.

“Once the contractor gives us back the keys, the health care staff will put in furniture and set up their office spaces,” said Watson Fournier, head of the Kativik Municipal Housing Bureau. “We’re hoping the facility will be open by Nov. 1.”

The original building was salvaged after the 1999 avalanche that slammed into Kangiqsualujjuaq’s Satuumavik school, killing nine people and injuring many more.

The school’s gym was destroyed, but the new wing of the school remained intact.

Moved away from the avalanche-prone slope, it was renovated into social housing units.

Now dubbed M-19, the facility has been given another makeover, this time as an assisted living facility for Kangiqsualujjuaq’s elders and residents with physical disabilities.

“We identified that it should be filled by local residents,” Fournier said.

“After a trial period, there could be a discussion about filling the spaces with residents from other communities.”

M-19 offers 17 units that can accommodate singles or couples.

Some features of the building have been adapted for handicapped persons, including the addition of an elevator.

Two extra apartments will be reserved for temporary stays to offer emergency shelter or a convalescence space to someone with limited mobility.

There will also be office space for staff who will work at the facility Monday through Friday.

The costs of the $4-million renovation of the building were split between the Société d’habitation du Québec housing bureauand the provincial health department, Fournier said.

Until the renovations started, the building served as a 17-unit apartment complex, which quickly acquired a reputation as a hang-out for parties, drug-dealers and bootleggers.

All of the families previously living there were re-directed into 14 new housing units in the community.

A former resident of the former apartment complex, who didn’t want to be named, said she has less space now in her new two-bedroom home, which houses more than one family.

“But we were lucky to get a new house,” she said. “The last place was a nightmare — there were lots of problems with smoking, noise and drunk people.”