“Our workforce is motivated” 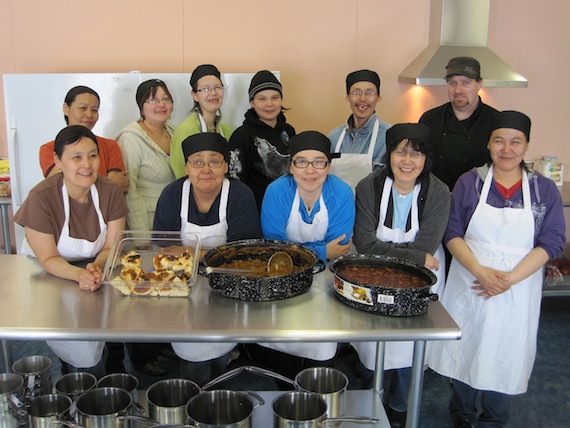 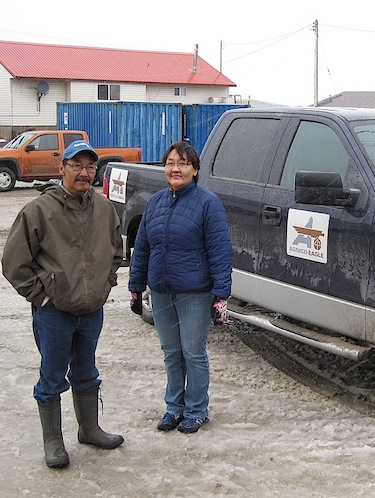 A future built on more mining exploration and mining in Nunavut looks good to the hamlet of Arviat.

“Economically depressed, with an exploding population” is how John Main, the hamlet’s economic development officer, describes his home town.

“A lot of other communities are in the same position, but we’re on a greater scale than anybody else,” Main told Nunatsiaq News.

The Kivalliq community of 2,500 now sends 50 workers to Agnico-Eagle’s Meadowbank gold mine near Baker Lake. That’s about a fifth of the entire Inuit workforce at the mine.

But many more residents of job-poor Arviat are also keen to work, Main said.

“Our workforce is motivated, because historically there’s been a lack of work here in town, so there’s good competition for jobs,” he said. “People have that drive. They’re not happy to sit at home. They want to work, and they’re willing to travel out of town. That’s the reality.”

However, Arviat has always lacked wage-earning jobs, unlike neighbouring Rankin Inlet, which formed around the old North Rankin Nickel Mine.

And Rankin Inlet has always been a more “business-oriented” community, Main said.

“Our community’s kind of different: it grew up around a Hudson Bay post,” he said.

But when Main thinks about getting Arviat’s work force ready for jobs, “it’s not a case of comparing ourselves with others,” he said.

“It’s a case of what our strengths are. Our strength is our workforce, and we’re proud of our people: they’re hardworking.”

Right now, Arviat, which has highest birthrate of all Nunavut communities, is bursting at its seams

More than 60 per cent of its population is under the age of 16, and almost half its families are on income support.

About 900 students, now enrolled from kindergarten to Grade 12, will all need jobs in the near future.

“Scary,” is how this strikes Main.

“That’s a lot of people looking for work,” he said. “We needed a lot of jobs yesterday, and we’re going to need even more jobs tomorrow.”

To prepare for the future, the hamlet of Arviat is partnering with other groups, including Nunavut Arctic College, the Kivalliq Partners in Development, the Kivalliq Mine Training Society, and Agnico-Eagle, to offer training programs to prepare residents for jobs in mining exploration camps or at mines.

People are hungry for these training programs, Main said.

“That hunger comes from an everyday reality for people — poverty, not being able to find their kids properly, not to be afford a snowmobile. There’s a lot of guys who would like to go forward, but they can’t afford it,” he said. “A lot of people are understanding that training means a better chance for a job.”

To date, attendance at training programs has remained high, which has upped the success rate for graduates, Main said.

“They complete their training and get a job. That’s the big payoff for us. That’s what we’re aiming for ultimately,” he said.

There’s no point training people unless they’re going to get into jobs, because it can lead to apathy, he said.

But that doesn’t mean more mines are guaranteed to keep feeding Arviat’s appetite for jobs.

An economic downturn and less commitment on the part of companies to train Inuit could increase competition for jobs.

There’s always the danger that a ready-made, qualified workforce from the South will be there to take jobs without any training, Main said.

To up its residents’ skills, Arviat wants its own mine training school in town — something Main doesn’t rule out as a real possibility.

“We’re upwards and onwards,” he said.