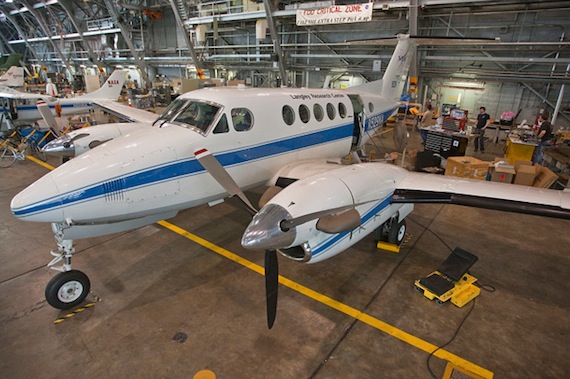 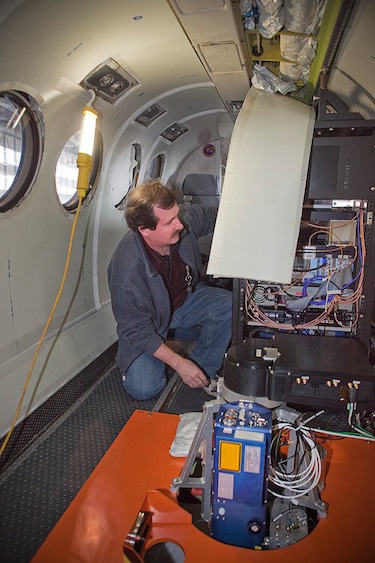 The National Aeronautics and Space Administration is still looking at Arctic ice to better understand climate change at the top of the world.

A second NASA aircraft, a King Air B200m arrived in Kangerlussuaq this month carrying an instrument that maps the earth’s surface from a height of more than eight kilometres.

The B200, capable of flying for five hours at an altitude of 28,000 feet, will target the southeastern portion of the Greenland ice sheet, where NASA satellites have previously revealed ice loss.

From the outside, the King Air looks like it could carry a dozen passengers, but inside, it’s much smaller. There’s room on board for a pilot, a crew member and one scientist.

The B200 complements sea ice flights conducted by the P-3B aircraft, which has been working in Greenland since March 1.

As part of NASA’s 10-week Ice Bridge program, the P-3B will survey Canadian ice caps and fly from Thule to Fairbanks, Alaska, to study sea ice thickness across the Arctic Ocean.

The instruments installed on the P-3B turbo-prop now include a magnetometer, gravimeter, airborne topographic mapper, and camera systems that can help judge the extent and depth of sea ice.