“You really need to focus your listening” 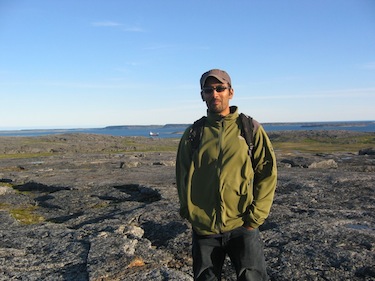 Nimalan Yoganathan, a musician and sound artist from Montreal, went to Inukjuak during the summer of 2009 to record sounds for a “sound map” of the Nunavik community. (PHOTO COURTESY OF N.YOGANATHAN) 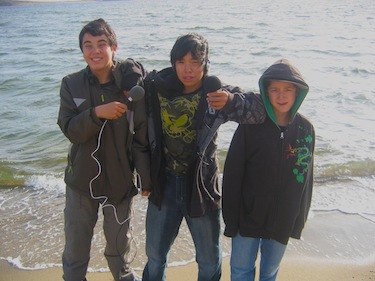 These Inukjuak kids hold mikes to record beach sounds, as part of the workshops they participated in when musician and sound artist Nimalan Yoganathan worked on his “sound map” project of their community in 2009. (PHOTO COURTESY OF N.YOGANATHAN)

When musician and sound artist Nimalan Yoganathan arrived in Inukjuak from Montreal during the summer of 2009, he expected to spend his six-week artist residency there taping Arctic animals— like polar bears or caribou.

Instead, Yoganathan ended up focusing on other sounds during his stay in the Nunavik community of 1,200.

“It was summertime and the only thing I heard was a heard were a lot of mosquitoes, which were interesting, too, but I had to change my ideas around,” Yoganathan said.

Yoganathan’s plan was to produce an interactive sound map of the community, which would show its sounds where and when they occur.

The sound map would be similar to throat singing— which also incorporates distinctly northern sounds, he said.

Although Yoganathan’s sound map didn’t turn out quite the way he initially planned, he was able to focus on sounds find things unique to the summer season around Inukjuak— sounds like waves, wind and the other everyday sounds you hear in Inukjuak.

And with the help of website designer Max Stein, Yoganathan produced an interactive sound map of the community.

“The images and the landscapes of the North— we all see them, but that’s purely visual, so why not also celebrate the sonic environment because there’s a lot hidden there and we can appreciate it in the same way,” Yoganathan said.

On the finished sound map you can hear waterfalls or fishing along Hudson Bay by pressing on icons.

The sound map features 34 of the many sounds Yoganathan gathered during his stay.

These sounds include the wind blowing near where the apartment where he stayed— a sound which to Yoganathan sounded like an “Arctic wind flute,” an elder carving soapstone, men chatting at the Unaaq men’s association, a fuel ship and kids playing baseball.

All sounds are accompanied by a photo, as well as details about exactly where and when the sounds were recorded.

“A lot of times there was complete silence. I would be waiting for a sound to happen. I’d be waiting for 20 minutes and they a bird would fly by or there would be an ATV in the distance,” Yoganathan said.

People around Inukjuak were curious about what Yoganathan was doing when they saw him walking around town with a sound recorder and camera in his hand.

And they were more receptive than southern city dwellers to what he was attempting to do, Yoganathan said. They didn’t think he was crazy— like people in Montreal do when they see someone walking around with a mike

In fact, many people invited Yoganathan to go out of the community with them so he could record other sounds, too.

Every sound has its own rhythm and melody, he said: “Anyone can hear these sounds but often we don’t care to pay attention to them. So you really need to focus your listening.”

Yoganathan also involved youth in his Inukjuak project during weekly workshops, which included musical jams or encouraging the kids to record their own sounds— which are also featured on the sound map.

“I was amazed how quickly they caught on,” he said. “Some of them were hearing through a microphone for the first time, like wow! The world sounds so much clearer! “

Yoganathan didn’t come up with idea of producing a sound map by himself. Similar maps already exist for other places like Africa.

But the Inukjuak map is likely the first in the Arctic region.

Yoganathan would now like to return to Inukjuak to introduce his final sound map to the community— and he’s also interested in visiting other Arctic communities to produce similar sound maps— which aren’t intended solely for art or entertainment, he said.

For example, the Inukjuak sound map could also be used by a researcher or others who want see how the community’s environment is changing over time.

“The whole idea behind the map is that it’s like an archive, a library of sounds and when people listen to it 10 years from now most likely the sounds are going to change, like the sounds of transportation, the general sounds of the community are going to be different. So it’s sort of looking into people’s lives,” Yoganathan said. 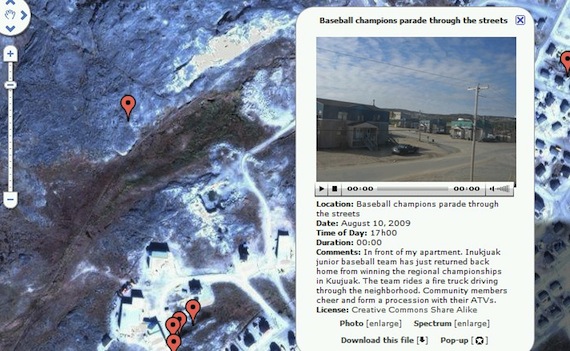 On the interactive sound map of Inukjuak, you can press an icon and listen to a sound recorded at that spot.