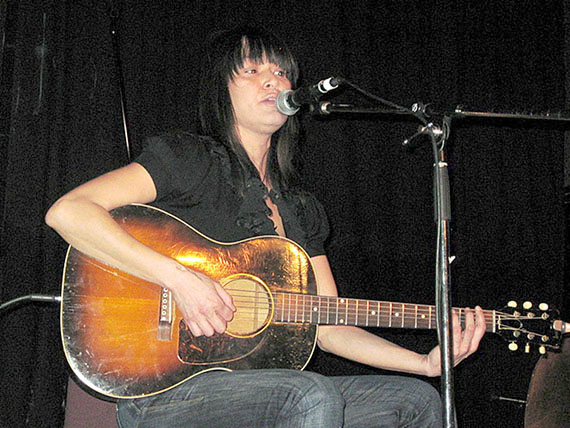 Iqaluit’s Alianait arts festival plans to warm up its audience with two pre-festival concerts next month, on June 21 and June 22.

Then, on June 22, Alianait presents a special “School’s Out” concert in partnership with York University of Toronto.

Inuk indie band Nive Nielsen and the Deer Children, a seven-piece group from Nuuk, Greenland, are headlining this event.

York University is also helping to underwrite a five-day music workshop leading up to the concert, where performers will participate in a “collaborative, creative process” to prepare for the show, Daley said.

Both concerts will take place at Nakasuk School, starting at 7 p.m..

Elders and children accompanied by an adult get in for free.

Over the past six years, the Alianait arts festival has normally run from June 21 to July 1 to take advantage of the many holidays that fall within that period, including Aboriginal Day, the summer solstice, and Canada Day.

The festival’s four-day format announced for 2011 is in response to a community survey circulated last December, in which respondents said they wanted a shorter, more intensified format with more Inuit and world music performances.

To compensate for the shorter festival length, Alianait organized concerts in Iqaluit throughout the year.

The festival’s 2011 lineup, with the theme “Raven Harmonies,” will be announced early next week, Daley said.

The four-day event will feature free daytime outdoor activities followed by evening concerts on the main stage at Nakasuk school, rather than in the purple and white tent outside, a venue that sometimes turned cold, depending on the weather.

“We’re trying a new format that we think will be more accessible for people,” Daley said. “It’s exciting — I think there’s something there for everyone.”

Alianait is still looking for local performers interested in playing at the festival, she said.

On July 3, local musicians can also register to compete in a “Battle of the Bands,” where the audience will vote for their top three favourite performers, who will compete for cash prizes.

The festival also needs people to help out at this year’s event – those interested in volunteering can send an email to emily.ridlington@gmail.com.