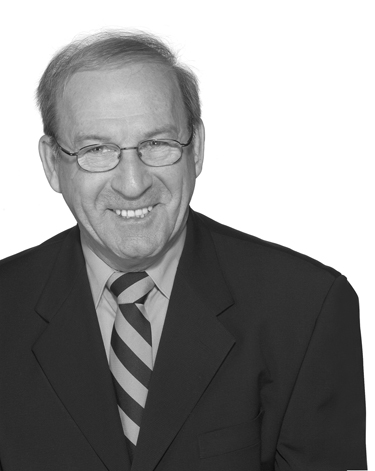 Yvon Lévesque of the Bloc Québécois will seek a fourth term as MP for the sprawling riding of Abitibi-James Bay-Nunavik-Eeyou. (FILE PHOTO)

The riding of Abitibi-James Bay-Nunavik-Eeyou, which covers more than 800,000 square kilometres, includes about 80,000 people who live around Val d’Or region, in the James Bay Cree territory and in Nunavik. (IMAGE/ELECTIONS CANADA)

Voters in Nunavik now have two reasons to head to the polls this spring: there’s the April 27 referendum on the Nunavik Regional Government agreement and a federal election on May 2.

Lévesque will likely face off against Liberal Party contender Léandre Gervais and Jean-Maurice Matte for the Conservatives, although the final list of candidates for the riding has yet to be confirmed.

That’s because candidates have until April 11 to file their nomination papers.

Lévesque won the last federal election in 2008 with 40 per cent of the vote, while Matte came in second with 30 per cent.

But while the federal election campaign ramps up across the country, Nunavimmiut won’t see Lévesque in person during his month-long campaign.

Lévesque recently told the newspaper L’Écho Abitibien that costly flights and unpredictable weather make travel to the far North too big a risk during a short campaign period.

“People there understand that, at this particular time of year, we risk being caught in a blizzard,” Lévesque told l’Écho Abitibien, referring to his former contender and Liberal candidate, Mark Canada, who was stuck in a northern village for five days during the 2008 federal campaign.

Chartering a plane north to Nunavik and the James Bay region would cost about $60,000 out of his total campaign budget of $90,000, Lévesque told the newspaper.

It’s not unusual for candidates to forego campaigning in Nunavik due to high travel costs, although those politicians who don’t visit the region can pay a price.

In the 2004 federal election, Nunavimmiut voted heavily for then-Liberal MP and candidate Guy St-Julien, who had a regular presence in the region.

Still, Lévesque, a former construction worker and union activist, pulled just ahead of St-Julien to win the riding.

After that election, Lévesque told Nunatsiaq News that his lack of support in Nunavik came as no surprise “because they have never met me, and I can understand that. Now that I’m elected, I will go and meet them.”

Lévesque has visited Nunavik since, once flying to Kangiqsualujjuaq when he mistook the community on George River for Kangiqsujuaq, which lies further north on the Hudson Strait.

This election, Lévesque will have to convince Nunavik voters that he’s ready to lead them — from a distance.

Late last year, Lévesque spoke out against the federal Nutrition North program when he asked the House of Commons standing committee on northern development to recommend a one-year delay before implementing the program.

Lévesque told the committee that northern communities lacked the resources to upgrade their infrastructure, such as warehousing, in time to accommodate the new system which favours sealift delivery.

In a separate article published by the l’Écho Abitibien March 26, Lévesque likened the Nutrition North program to the Conservative party planning to carry out a campaign of genocide in Canada’s northern regions.

“[Prime minister Stephen Harper] wants people to die there,” Lévesque told the newspaper. “A 20-kilo bag of flour will cost $200, and with rising fuel costs, it will get worse.”

And that’s a sore point for Lévesque, who has focused on keeping the food program’s entry point in his home town, where it employs many local people.

Nunavimmiut can vote May 2 in the federal election or at advance polls held on April 22, 23 and 24.

On April 22, the federal election advance poll overlaps Nunavik’s upcoming referendum because April 22 is also an advanced polling date for the the Nunavik Regional Government vote.

Adamie Padlayat, the referendum’s regional director, says he doesn’t think the timing of the federal election should interfere with the NRG vote.

“But we’re going to try and set up polling stations in different places, so as not to confuse voters,” he said.