“It’s an enormous opportunity to make sure Nunavut stays on the radar.” 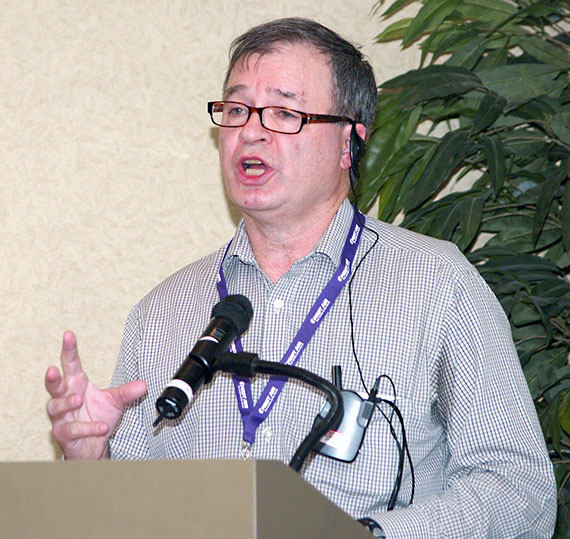 Meet Nunavut’s new senator, Dennis Patterson. Prime Minister Stephen Harper announced Aug. 27 that Patterson, 60, will fill the seat vacated earlier this year when Willie Adams, a Liberal, reached the compulsory retirement age of 75. Patterson, a longstanding member of the Progressive Conservative and Conservative parties, is well-known in Nunavut, having served as MLA for Iqaluit between 1979 and 1995. During that time, he worked as minister of education, minister of health and social services and minister of justice. He also served as premier of the Northwest Territories between 1987 and 1991. A lawyer, Patterson was the founding executive director of the Maliiganik Tukisiiniakvik legal aid centre in Iqaluit and served as chair of the Baffin Regional Health Board. (FILE PHOTO

Dennis Patterson, former premier of the Northwest Territories and MLA for Iqaluit, is Nunavut’s new senator.

Prime Minister Stephen Harper announced Aug. 27 that Patterson will fill one of nine vacancies in the upper chamber.

While the appointments are bound to raise howls of protest in some circles because Harper has called in the past for an elected Senate, the Prime Minister said the new senators will help push anti-crime and Senate reform bills through the Liberal-dominated upper house.

“Our government will continue to push for a more democratic, accountable and effective Senate,” Harper said in a news release. “If Senate vacancies are to be filled, they should be filled with individuals who support the legislative agenda of our democratically-elected government, including Senate reform and real action against gang- and drug-related crime.”

Reached at his Vancouver office, Patterson, 60, said he “was quite honoured and frankly surprised” when Harper offered him the job before the Prime Minister came North on his recent Arctic tour.

Patterson said he plans to be an active senator working in tandem with Nunavut’s MP and federal health minister Leona Aglukkaq.

“It’s an enormous opportunity to make sure Nunavut stays on the radar,” he said.

Patterson said he backs Harper’s senate reform agenda and plans to take an interest Nunavut’s social problems, and push for economic development and environmental protection. But he declined to cite specific interests until after he’s sworn in.

It’s not clear when the new senators will be sworn in, but it will be before Sept. 14, when the Senate returns from its summer break.

The Senate is often denounced as a place where Ottawa’s governing party stashes loyal party activists as a reward for past political involvement. Senators earn $132,000 per year and earn generous pensions.

Patterson doesn’t shy away from his longstanding connections with the Conservative Party, including his involvement with Aglukkaq’s winning campaign in the 2008 federal election.

But he rejected the notion his appointment is a payoff, citing his background in politics, including four years as premier of the Northwest Territories, and several cabinet portfolios.

Since leaving territorial politics in 1995, Patterson has worked as a consultant and currently serves as Nunavut Tunngavik Inc.’s chief negotiator for devolution, a job he’ll have to give up when he’s sworn in as a senator.

“I do hope people will consider my qualifications and not just my long term affiliation with the Conservative Party,” he said.

And while he lives in Vancouver, Patterson pledged he’ll get a place in Ottawa and will travel regularly to the North.

“Patterson has a long and distinguished history of political service to the North and I look forward to working with him on issues facing each of the four Inuit regions,” she said.

The nine appointments bring the number of Conservatives senators to 46, according to a Reuters report. The Liberals hold 53 seats.

Patterson replaces Willie Adams, who retired in June when he reached the mandatory retirement age of 75 after serving 32 years.

Patterson won’t serve that long: this batch of senators will serve eight-year terms, matching legislation introduced by the Conservative government this past May.

Other senators named Aug. 27 include former NHL coach Jacques Demers, who will fill one of three Quebec vacancies. Ontario gets two new senators, while Nunavut, New Brunswick, Manitoba and Nova Scotia each get one.