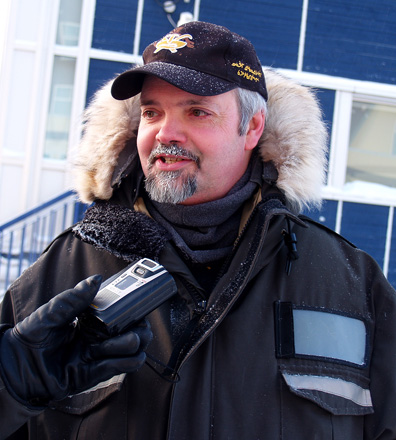 Hamlet workers in Resolute voted for strike action last week to press demands for a first contract with the municipality.

Doug Workman, president of the Nunavut Employees Union, said negotiations, which began in February, have bogged down because the hamlet is offering workers no raises.

“The sticking point has been monetary,” Workman said in an interview. “All we want are fair increases in pay,” he added, without giving specifics.

Workman said “almost 100 per cent” of the hamlet’s 25 workers voted in favour of strike action, without giving a precise figure. The local, which was certified in November, 2008, represents road crews, airport staff and hamlet staff.

Workman said a federally-appointed mediator will join the talks slated for early next week. The union is seeking a two- to three-year deal, but Workman said the hamlet “is not even negotiating” by offering no pay raises.

But one hamlet councillor said Resolute can’t afford to pay its workers any more money. Wayne Davidson said the hamlet is spending too much money on its utilidor system by overheating the water.

The GN wants to convert the hamlet to trucked water, while the hamlet and many residents want the utilidor run better.

“We can’t pay [the union] anything,” Davidson said. “With what?”

“If we’re broke we can’t sign a collective bargaining agreement.”

Workman’s not moved by that argument.

“We hear that all the time,” he said. “There is money, because things are operating.”

Workman said workers planned a community event for Oct. 24 to raise public awareness about the situation and hand out pamphlets stating the union position.

In June, the union declared that negotiations were at an impasse. Workman said for a strike to happen, the union must also reach an agreement with the hamlet determining which jobs are essential services.

If there’s no strike or new contract within 60 days of last week’s strike vote, the mandate expires and the union must hold another vote.

Meetings originally scheduled for Oct. 25-28 had to be put off because the Yellowknife-based negotiators for both sides were stranded there by weather Oct. 23, Workman said in an email message Monday.

The conciliation meeting has been postponed until the first week of November, he said.