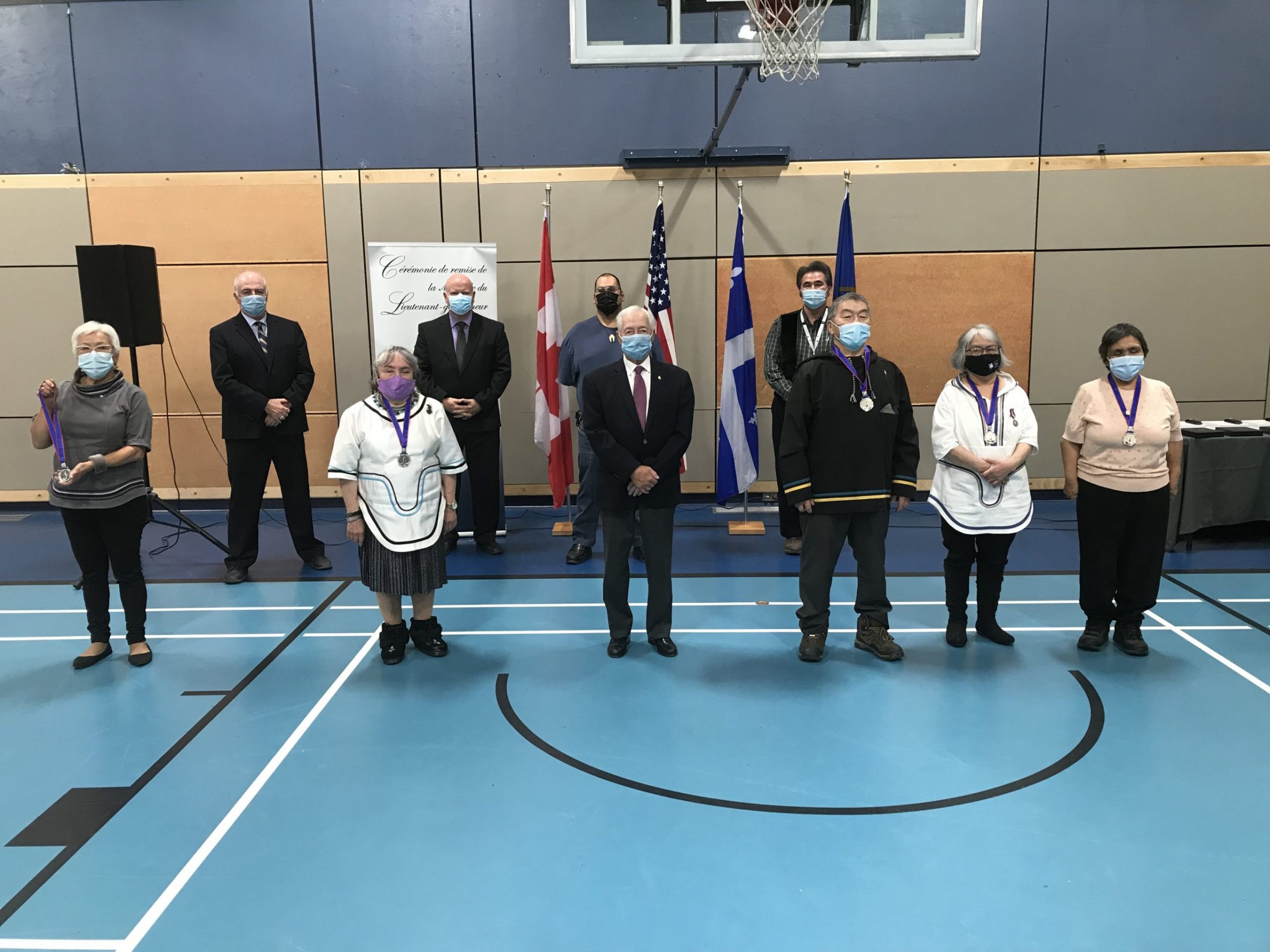 J. Michel Doyon, lieutenant governor of Quebec, (front row, third from left) presented the First Peoples Medal to five Nunavik residents at a ceremony in Kuujjuaq on Tuesday. (Photo provided by the Office of the Lieutenant Governor of Quebec)

Five Nunavik residents received the Lieutenant Governor of Québec’s First Peoples Medal at a ceremony in Kuujjuaq on Tuesday.

The medal is presented annually to Indigenous people from Quebec to honour contributions they have made in their communities and abroad. For the first time, this year’s medal was presented in separate categories for First Nations and Inuit recipients.

“We must congratulate these people with a remarkable career path, who fill us with pride and thank them for their contribution to the building of our society,” said J. Michel Doyon, Quebec’s lieutenant governor, in a news release.

Lolly Annahatak from Kangirsuk was honoured for her commitment to “language, tradition, education, justice, and social services” in her community.

Eliyasi Sallualuk, an elder from Puvirnituq, was honoured for his Inuit rights activism dating back to the 1970s, as well as his work as a pastor, public servant and community leader.

Tommy Palliser of Inukjuak, the executive director of the Nunavik Marine Region Wildlife Board, was honoured for his role as a youth leader in his community and as a co-founder of the Unaaq Men’s Association.

Zebedee Nungak from Kangirsuk was honoured for his ongoing work as an Inuit cultural leader, dating back to negotiations that led to the signing of the James Bay and Northern Quebec Agreement in 1975.

And Aani Palliser Tulugak from Puvirnituq was honoured for her career in social services. It was noted that during COVID-19, she was an “Inuit voice within public health,” providing Inuktitut messaging regarding safety measures and vaccine mobilization.

Doyon said he hopes this medal helps celebrate the positive impact Inuit have in their communities and Quebec society as a whole.

“This is a new mark of recognition and, hopefully, the beginning of a tradition,” Doyon said.

The ceremony was also attended by Ian Lafrenière, Quebec’s Indigenous affairs minister, and Denis Lamothe, the MNA for Ungava.