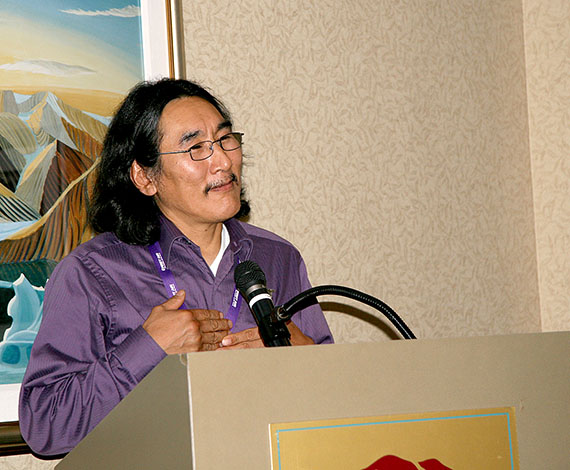 A Nunavut star: the Nunavut Film Development Corp gave Natar Ungalaaq its first award of distinction in Iqaluit Sept. 23. The award, a medal designed by Claude Roussel, is to be presented every two years to an individual or organization who has contributed significantly to the success of the Nunavut film, television and digital media industry. Ungalaaq won a 2009 Genie award for best performance by an actor in a leading role for his portrayal of Tivi in Ce qu’il faut pour vivre (The Necessities of Life.) “Natar has worked as an actor, a producer and director and consistently delivers performances that are understated yet compelling,” says a film corporation new release. (PHOTO COURTESY OF THE NFDC