Life slowly improves for the most westerly community in Nunavut 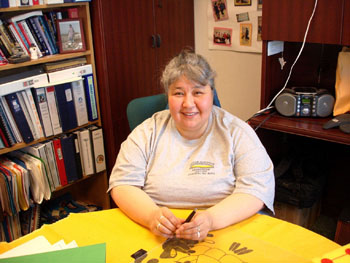 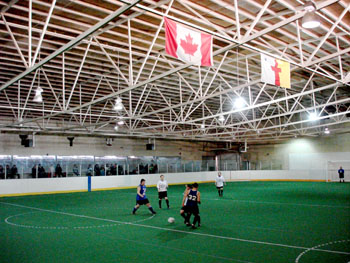 KUGLUKTUK — Nearly two years to the day have passed since people in Kugluktuk voted in favour of an alcohol education committee, just about everyone says the most westerly community in Nunavut is doing much better than before.

Before the liquor plebiscite of October 2007, when there were no limits on the amounts of alcohol that Kugluktuk residents could purchase, it wasn’t unusual to see drunks stumbling down the streets and public yelling matches between intoxicated residents.

At the same time, police were overwhelmed trying to keep the peace.

Now public drunkenness is a “rarity” in Kugluktuk and there are fewer serious complaints, says Sgt. Maurice Poisson of the local RCMP detachment.

Police have seen their total workload drop by 30 per cent, and can spend more time on crime prevention, Poisson says.

So, while the ice-edged blue waters of the Coronation Gulf look the same as they did in 2007, most say they’ve seen a sea-change in this community of 1,400, as drinkers drink less and more responsibly, with fewer all-night drinking parties that end in brawls and tears.

You’re more likely to find people visiting each other over a cup of tea instead of fleeing their violence-wreaked homes.

This past summer, up to 50 people of all ages could be seen fishing down by the shore, something you wouldn’t have found when money went more towards booze than buying new fishing rods.

People now seek out other ways to pass their time, suggests one man, pointing to the community centre’s hockey rink, which was iceless in 2007 due to mechanical problems.

Last winter, thanks to someone’s idea of keeping the doors open for a few days to let the frigid air in, the rink had ice, where several teams regularly played.

As of last August, there’s also a artificial green turf playing field on the rink, the only one in Nunavut or the Northwest Territories. During the warmer months, this turf paves the way for more activities, like this month’s soccer tournaments.

But if you’re looking to really gauge how much the community has improved, stop by the Kugluktuk High School.

The school’s windows are no longer boarded up with plywood, the moldering carpets are gone, the dark-purple walls are gleaming white, and all the holes in the walls have been repaired.

A slew of running shoes lie scattered on the floor inside the school’s front entrance. As principal Gary Kennedy lines the shoes neatly up in pairs, he says he’s happy to see lots of shoes because this means more of the school’s 140 students are in school.

The footwear by the door also shows their respect for the school because they’re taking their shoes off to keep the new floors shiny and clean, he says.

Badly-needed repairs to the school were finally completed after Kennedy made repeated requests to the education and community and government services departments.

Now that it’s looking good, the high school is no longer a target for vandals.

And it’s also become a centre for community programs, such as the food bank, the computer access centre and the historical society’s display on Kugluktuk’s past.

“I feel all the pieces of the puzzle are falling together,” says Kennedy, who is in his fourth year as principal.

This year the school lost only one teacher out of 12.

The consistency in the school staff combined with everyone’s teamwork gives a good flow to the day, Kennedy says.

Again, there are numbers to back up the feeling that Kugluktuk has turned a corner. Suicides have dropped by more than half. And there are many more grads at the high school: 10 last year, up from only three four years ago.

As for Kugluktuk’s pre-trades program, it’s racking up successes, with graduates going on to higher studies and good jobs.

Teacher Lee Olson says “every year it gets better.”

His students arrive in Grade 10 with stronger academics and they’re younger, which tells Olson that it’s no longer acceptable to slack off and repeat grades.

Olson says the success of past graduates from the pre-trades program inspires current students and encourages them to attend school at least 60 per cent of the time.

Every two weeks Olson’s pre-trades students receive points based on attendance which they can use towards earning a toolbox and tools, like a socket set. The mix of good role models, high standards and incentives all seems to be working, he says.

Of course, the creation of an alcohol education committee in Kugluktuk hasn’t solved every problem in the community.

The controls on alcohol are “a joke,” says one man who complains that the only improvement he sees is when annual Christmas ban on booze is in place.

Drugs are also still around.

And the numbers of young offenders have not fallen. Kugluktuk still has the highest rate of youth crime in Nunavut, with vehicle thefts, vandalism and tire-slashings remaining all too common.

Under the seven-member alcohol education committee, which is chaired by school principal Kennedy, people can order a 60-ounce bottle, a 40-ounce bottle, a case of beer and box of wine every week.

But some say they’re frustrated with the paperwork involved in going through the committee, that they miss its Friday deadline or that they fear scrutiny from RCMP, who takes a look at each order. So they’re willing to spend as much as $800 on a 60-ounce bottle of vodka.

Police recently nabbed someone returning from Yellowknife with six 60-ounce bottles, enough to pay for his return ticket south and more.

Bootleggers are hard to stop, say police. Tip-offs from the public about bootlegging are rare, and the airlines tell police they can’t supply them with information about illegal cargo.

Gambling is another huge problem. While there may be less drinking, some still stay out all night at gambling parties, playing poker, 31 and patik.

Many say these nightly card games soak up cash that could be used for food and keep people from waking up in time for school or work in the morning.

But, for the moment, the voices of Kugluktuk’s boosters are louder than its critics.

There are “lots of good things happening” in the community, says Millie Kuliktana, a Kugluktuk hamlet councillor, who was one of the most vocal supporters for more controls on alcohol, voted down in an earlier 2003 plebiscite.

Kuliktana turns out to watch the soccer tournament along with scores of other fans, young and old.

Kuliktana says Kugluktuk’s sense of community has returned since the liquor plebiscite of 2007, won after youth marched through town with placards reading “enough is enough” and put on a play about the ravages of alcohol abuse.