For 2013, Nunavut records highest ever number of suicide deaths 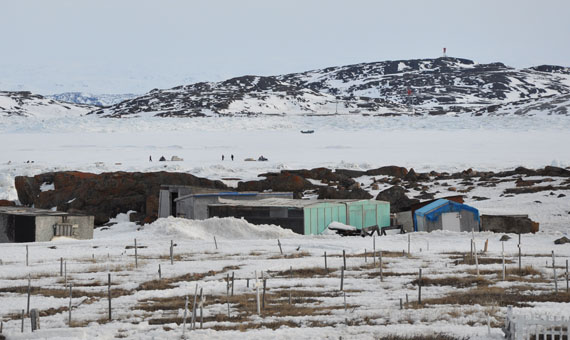 Forty-five people died by suicide in Nunavut in 2013 — the highest number recorded for any given year since the territory’s creation in 1999. (PHOTO BY SARAH ROGERS)

Statistics to be released next week will shed light on the territory’s continuing suicide epidemic, which led to a record high number of deaths in 2013, Padma Suramala, Nunavut’s chief coroner, said Jan. 10.

Suramala said that in 2013, her office recorded the deaths of 45 people by suicide — the highest number of suicides for any given year since the territory’s creation in 1999.

Suramala plans, on Jan. 13, to release a report on Nunavut’s 2013 suicide death toll. A breakdown of those numbers is expected to confirm the continued high suicide risk for Inuit men and boys, as well as Inuit youth.

In 2012, 27 people died by suicide in Nunavut. In 2011, 33 Nunavut residents died by suicide, in what was then the second-worst year in the territory’s history.

The issue shocked the territory this past August, when news broke that an 11-year-old boy in Repulse Bay had taken his life.

That incident followed troubling research released months before, suggesting one suicide can act as a trigger for others, particularly among children aged 12 and 13.

The release of the most recent numbers will most likely reignite calls to the Government of Nunavut and its leaders to act on the mental health issues facing many Nunavummiut.

It’s still unclear how the new Government of Nunavut and the fourth legislative assembly plans to tackle suicide prevention. In his pitch to become the territory’s new premier, Peter Taptuna briefly addressed the issue, pledging to focus on suicide prevention.