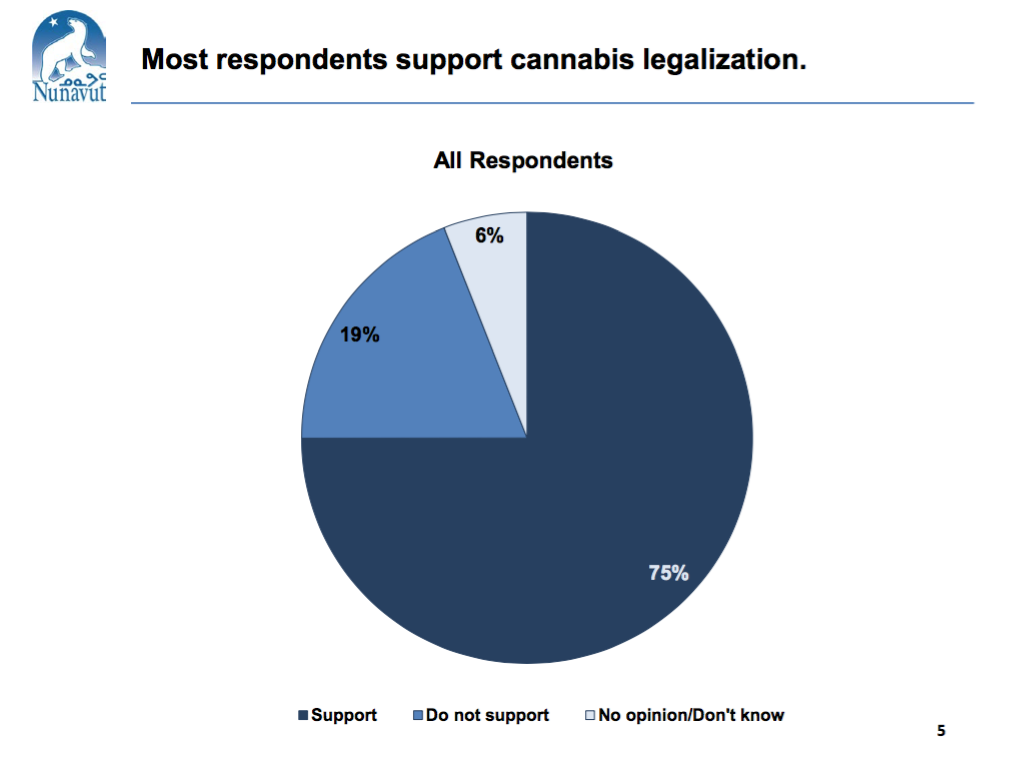 A survey conducted by the Government of Nunavut earlier last fall found that three-quarters of respondents support the legalization of marijuana. Now, the GN is tasked with drafting legislation around how the use of cannabis will be regulated in its 25 communities. (FILE IMAGE)

The Government of Nunavut will launch a round of territory-wide consultations later this month to hear how the territory should regulate legalized cannabis.

The federal government’s Bill C-45 will legalize the sale and possession of recreational cannabis as of July 2018.

But it will be up to Nunavut to decide how the legislation applies throughout the territory, on issues such as imposing a minimum age and setting limits on where marijuana can be used.

So far, the GN has gauged public opinion through a survey distributed throughout the territory last fall.

The results revealed that three in four Nunavut residents support the legalization of marijuana, but almost the same ratio of respondents want to see limits place on where marijuana can be smoked.

Nunavut remains just one of two provinces or territories that are still in the consultation phase of that process, the other being Saskatchewan. All other jurisdictions have come up with a framework or proposed legislation around cannabis use at this point.

The GN’s public consultations will get underway on Monday, Jan. 29 at Rankin Inlet’s community hall. All meetings run from 6 to 9 p.m. at the local community hall, unless otherwise specified:

Nunavummiut who are unable to attend a consultation in person can fill out comment cards available in all community health centres, government liaison offices or income support offices, or online here.