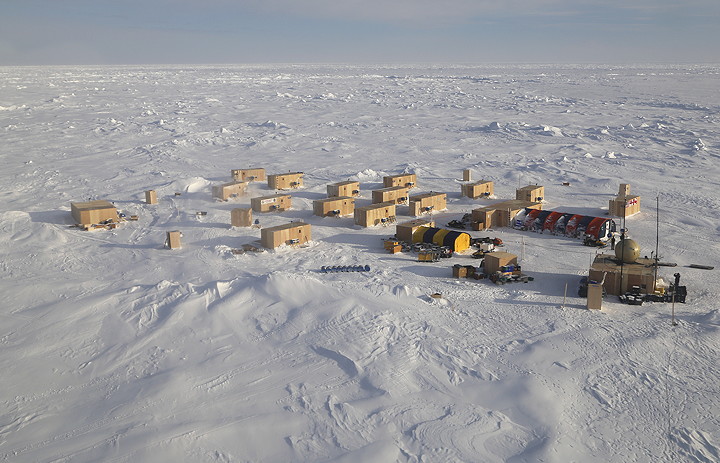 Though consumer availability may still be a distant dream, sending large amounts of a data in a secure way from a remote Arctic region is now appears to be possible.

For the first time ever, the U.S. Navy, operating from a floating ice camp north of Prudhoe Bay, Alaska, was able to send large data files and voice transmissions on a secure, classified satellite network.

Lockheed Martin announced May 5 that from March 17 to March 27, personnel at the U.S. military’s Ice Camp Nautilus enjoyed 150 hours of secure data connections through the company’s Mobile User Objective System, or MUOS, group of satellites.

“Last year, we proved the constellation’s reach, but this is the first time MUOS has been used for secure government exercises,” said Lockheed Martin’s Paul Scearce, in a news release.

“This means users could traverse the globe using one radio, without needing to switch out because of different coverage areas.”

“We downloaded multiple files — up to 20 megabytes—nearly at the top of the world,” Sun said. “We sent a steady stream of photos, maps and other large data pieces securely through the system, something that could never be done by legacy communication satellites.”

The satellite system was first tested in 2013, according to the news release, and proved capable even at 66 degrees latitude North, which is roughly where Fairbanks, Alaska is situated.

“This expansion in coverage, inherent with the system, comes at a time when governments are focusing on arctic security,” the release says.

Security perhaps, but also shipping. A Lockheed info-graphic mentions that the amount of shipping traffic in the North has doubled recently and “nations are staking new claims farther north.”

With radio terminals, the company says the MUOS system can be used on board ships and airplanes as well as on the ground.