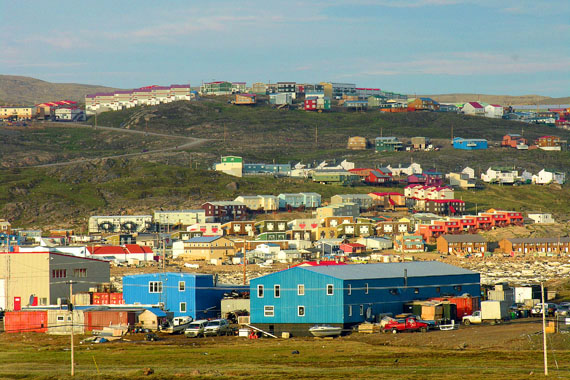 Iqaluit city councillors say they are hopeful that the city’s sustainability community plan will improve the city’s ability to plan as it grows over the coming decades.

“It’s going to be a very interesting time over the next five years as we put on this plan,” she said at the meeting.

The Iqaluit Sustainable Community plan, drafted after consultation with about 700 members of the community, sets a road map for the Nunavut capital for the next 50 years.

It lays out broad goals to maintain the city’s natural environment, health and social well-being of residents, and objectives to promote the city’s economic development.

The plan “aligns our community perspectives, to make sure we can move together towards a shared direction,” deputy mayor Mary Wilman said in a Jan. 29 news release from the city.

“It will be exciting to see how the actions by the municipality and the community will make positive changes that we have wanted for a long time.”

Mayor John Graham also praised the plan. “It plainly shows where our community is at and where we want to go, and sets out clear and practical solutions to help us overcome our challenges,” he stated in the release.

Coun. Kenny Bell said he was hopeful the plan would give the city a better sense of direction.

“There’s a lot of things (in the plan) that I worry the rest of the community — business and government — just won’t follow through on. But at the end of the day, you have to start somewhere,” Bell said at the Jan. 28 meeting.

“There’s a lot of things that have failed in this city, for years and years. I’m not trying to blame anybody. I’m just saying, we need to step up and start,” Bell said, adding he was hopeful the plan would allow that to happen.

Some signs of this came through in the council meeting, which included much discussion of the city’s overdue solid waste management plan.

That project, which council also passed unanimously at the meeting, includes a remediation plan for the city’s West 40 landfill once it closes.

Meagan Leach, director of engineering and sustainability for the city, noted that clean-up of hazardous waste at the West 40 is covered under the sustainability plan.

“Part of the (landfill’s) decommissioning plan is to ship out the hazardous waste,” Leach said. “And the city will have to decide how to do that, and how it will happen.”

City administration confirmed that Campbell has asked them to start work on the remediation plan.