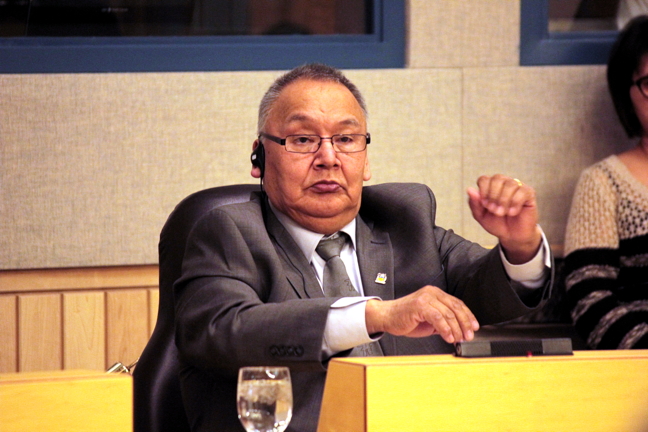 A self-declared alcoholic foster parent in Iqaluit who was recently nearly convicted of sexually abusing a child in his care in 2013 is no longer on the Department of Family Services’ list of approved foster parents.

That’s according to a written statement from the department to Nunatsiaq News Dec. 13.

“The Department has not placed any foster children in said home since the allegation was made, and the individual is no longer an approved foster parent,” the statement said.

Justice Bonnie Tulloch found Nov. 4 that the former foster parent, whose name Nunatsiaq News is not publishing for fear of backlash to his family, “probably” committed the sexual crimes against the two child complainants.

But Tulloch found she had enough reasonable doubt to acquit the man on the four sex crime charges he faced, which stemmed from two incidents alleged to have happened in his home in the summer of 2013.

Tulloch said she was not blaming the department, but the man should not have been an approved foster parent at the time, given his alcoholism.

The judge said a copy of her judgment would be sent to the department in hopes that the same mistake would not be made again.

In the Dec. 13 statement, the department said they had not yet received a “hard copy” of the decision from the Nunavut Court of Justice.

“However, the Department is being proactive and is currently reviewing all current foster parents/homes and the current foster home approval process to see if any changes are needed to ensure the safety of all children and youth placed in foster care,” the statement said.

Nunatsiaq News contacted the Nunavut Court of Justice to find out if an electronic copy of the decision had been sent to the department and what the usual protocols are in such situations.

The NCJ said a transcript of the oral decision is currently being prepared and is expected to be sent to the family services department Dec. 14.

Iqaluit-Sinaa MLA Paul Okalik took the Family Services Minister Johnny Mike to task over the incident in the most recent sitting of the Legislature.

“Will this lead to a more comprehensive investigation of all prospective foster parents?” Okalik asked.

Mike said there were no plans to change the current investigation approach of prospective foster parents, but he had directed his officials “to look into this case to ensure it doesn’t happen again.”

The department suffered another embarrassment recently that called into question its ability to deliver services: In September the only youth care facility in the territory, in Iqaluit, closed because the department was unable to find a service provider.

The department said in September that a new Request for Proposals had been issued, with service expected to be restored within four to six months—between January and March of next year.

In a Dec. 9 statement to Nunatsiaq News, the department said that timeline has not changed.

“The review of the proposals… for the Iqaluit Illagiitugut Group Home is underway. The timeline for service provision has not changed.”