Twin Flames to play in six communities in September 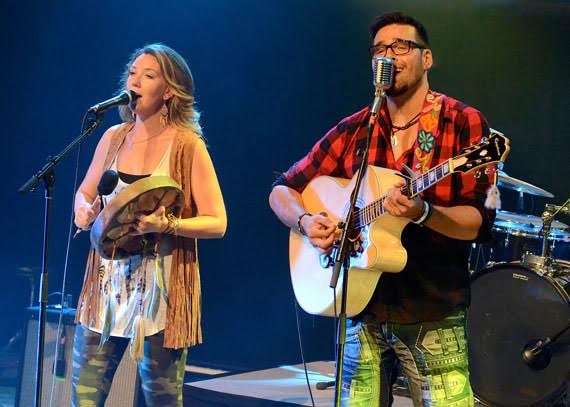 Twin Flames, pictured here playing a show in Kuujjuaq in 2015, will play a six-community tour in Nunavut next month to promote mental health awareness. (PHOTO BY ISABELLE DUBOIS)

The tour is co-sponsored by the Government of Nunavut and the Embrace Life Council.

The tour kicks off in Iqaluit on Sept. 10, World Suicide Prevention Day, with a community walk that leaves from the Igluvut building at 6 p.m., stopping in at the Elders Qammak and Inuksuk High School, Alianait said in an Aug. 29 release.

Following the walk, Twin Flames will play a show at the high school starting at 7:30 P.m., as part of Alianait’s 2016 concert series.