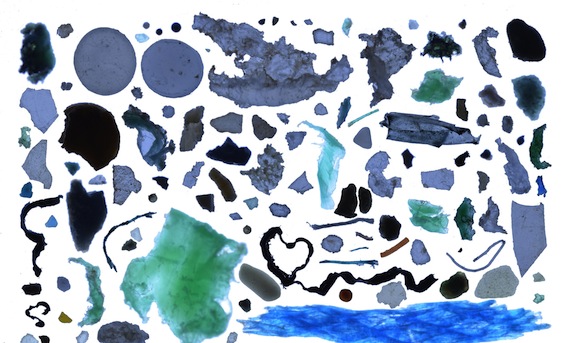 This collage of Arctic Ocean plastic, assembled by Andres Cozar, the lead author of a 2017 study “The Arctic Ocean as a dead end for floating plastics in the North Atlantic branch of the Thermohaline Circulation,” and his colleagues, shows just some of the estimated billions of pieces of plastic in ice-free Arctic waters. (FILE PHOTO) 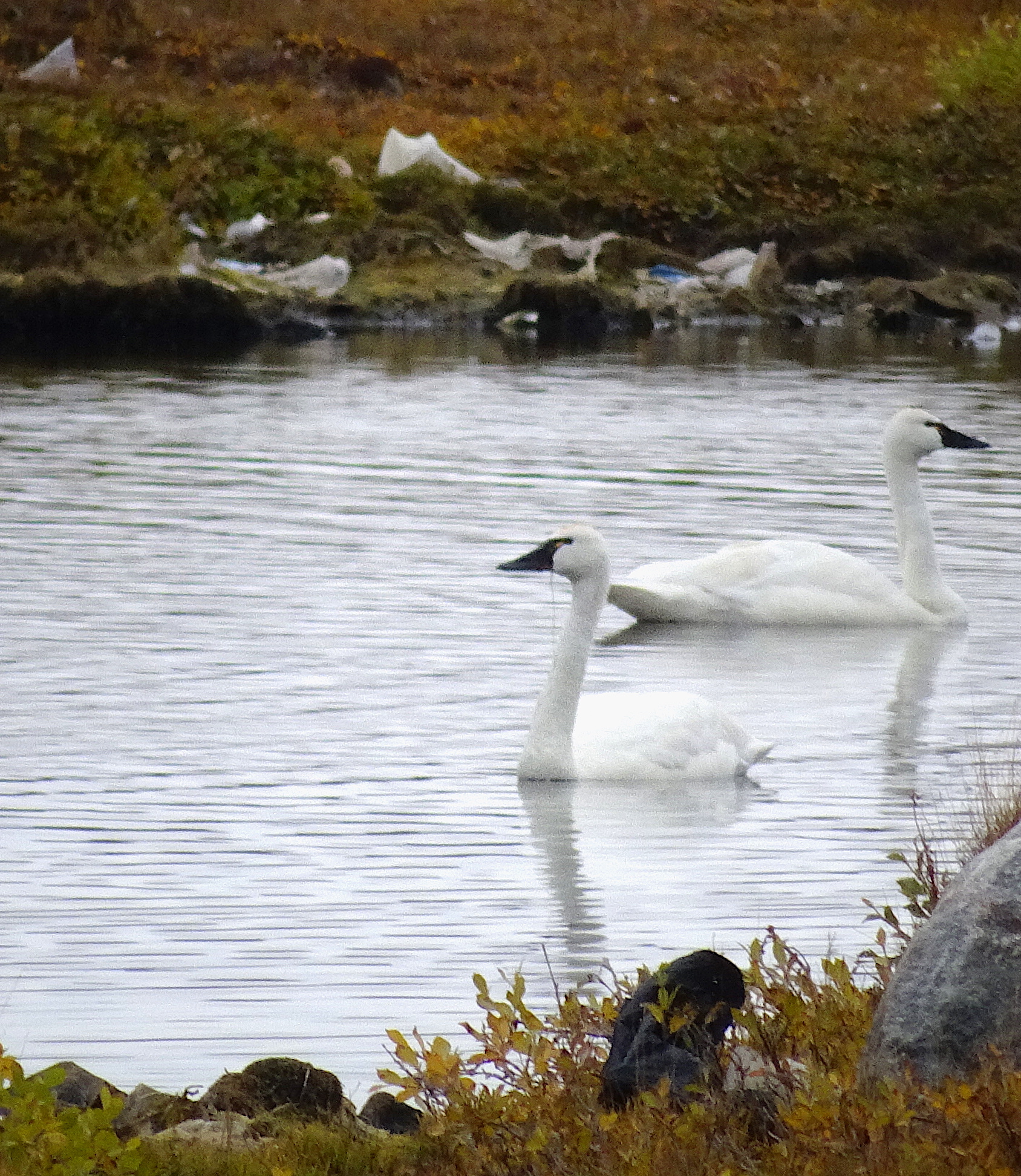 Swans swim on a pond near Cambridge Bay that is circled with plastic bags from the nearby landfill. (PHOTO BY JANE GEORGE)

The Arctic Council intends to turn its attention to the marine litter and microplastics found around the circumpolar world.

It’s developing a project that will see its eight member governments co-operate to reduce the negative effects of marine litter on the Arctic marine environment and prevent marine litter pollution in the Arctic.

The project will include efforts, such as beach cleanups, to remove existing marine litter.

And the project will look at how the cold influences the breakdown of plastic and the socio-economic impact of marine litter. This research will probably inform a publication on marine litter, similar to the organization’s Arctic marine shipping assessment.

Arctic marine litter is a big problem, according to recent research and information from the Arctic Council’s committee on Protection of the Arctic Marine Environment, or PAME, whose members met earlier this summer in Akureyri, Iceland.

Researchers have also found large amounts of microplastics in the ice. These pieces are smaller than five millimetres, which is about the size of a pencil eraser.

Others have concluded that the ice cap has become “a dead end for the surface transport of floating debris,” with perhaps 300 billion plastic items floating around in the Arctic waters.

And plastics have been found in Arctic seabirds and marine mammals, including whales and seals, sharks, fish and invertebrates, notes a recent study discussed at PAME’s Arctic Marine Litter workshop.

But “there is not, to our knowledge, information available on the total input of plastic into the Arctic,” says PAME, which has members from the Arctic Council’s member nations and permanent Indigenous participants, including the Inuit Circumpolar Council.

“ICC supports the Arctic Council project on marine litter as it has direct impact to our communities and the environment we live in along with the food we depend on. For example, the debris of commercial fishing gear may entangle marine mammals.

“At the workshop I pointed out that we can learn from the history of polluting the arctic such as marine debris left behind from the arctic naval days,” Nicole Kanayurak, ICC’s representative to PAME, told Nunatsiaq News.

“Inuit communities can be a part of the solutions in prevention and cleanup with support for cleanup initiatives as well as ensuring we have basic sewage treatment facilities and landfill capacity.”

PAME now plans to develop an outline for a regional action plan on Arctic marine litter to submit to the next Arctic Council ministerial meeting in Finland in May 2019. The plan would try to combat sea- and land-based sources of marine litter, remove marine litter, establish a monitoring program and look to provide more science, education and outreach.

As well, offshore resource exploration and exploitation is an emerging sector of plastic pollution that may need closer examination, those at the PAME workshop said, as they made suggestions for further work.

This could include examining the use and discharge of plastic materials contained in chemicals used offshore, they said.

Their preliminary study also notes that plastic debris can also flow from the land to sea when there is “inadequate waste management in a coastal region with a high and growing population density.”

Research says that’s the situation found on the western coast of Greenland, where 90 per cent of the Greenlandic population lives.

Then, there’s wind, a big mover of plastic: “wind-blown litter is likely to be considerable as the Arctic is characterized by windy shorelines,” PAME said.

Wind carries lightweight debris, particularly from waste dumpsites located near or at the coasts or beside rivers, lakes and ponds, as many Arctic residents know.

As well, intense storms such as blizzards see winds push debris “that would not normally be available for transport” directly into rivers and the ocean, the PAME study said.

In 2017, the Arctic Council’s Fairbanks Ministerial Declaration first noted “with concern the increasing accumulation of marine debris in the Arctic, its effects on the environment and its impacts on Arctic communities” and resolved “to assess the scope of the problem and contribute to its prevention and reduction, and also to continue efforts to address growing concerns relating to the increasing levels of microplastics in the Arctic and potential effects on ecosystems and human health.”

In June 2014, governments attending the first United Nations Environment Assembly noted with concern the impacts of plastics and microplastics on the marine environment, and called for strengthened action, in particular by addressing such materials at the source.