Arctic fish and marine mammal populations up, birds down: report 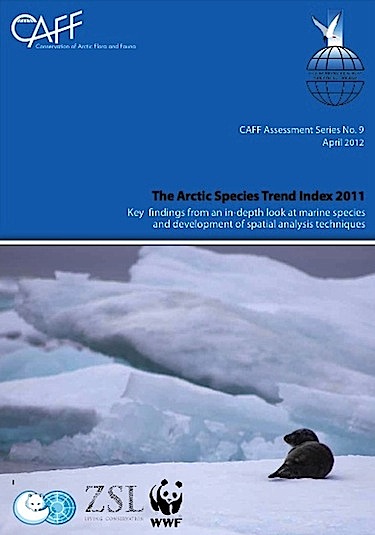 A new report from an Arctic Council working group has found “surprising” trends in the populations of Arctic species.

MONTREAL — Arctic marine mammals, fish, and birds are undergoing some “surprising” trends that, in some instances, can be partially linked to climate variations and changes in commercial harvest, states a new report released by the Circumpolar Biodiversity Monitoring Program.

Among the findings of the report, released April 23 at the International Polar Year conference in Montreal:

• overall, marine mammals increased across all ocean regions, levelling off in the mid-1990s;

• marine birds slowly increased until the mid-1980s, then in 1998 began a slow and steady decline, which may be the beginning of a longer-term decline. “It will be important to monitor this over the coming years;” and,

For more detailed information go to the website of the Conservation of Arctic Flora and Fauna, the Arctic Council’s biodiversity working group, where you can download the report. 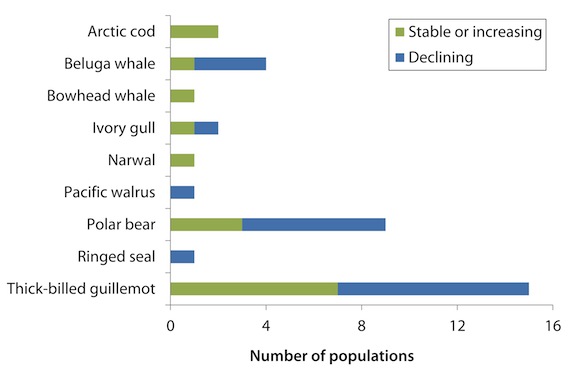 This graph from the new CAFF report shows which Arctic populations of birds and mammals have either increased or decreased.