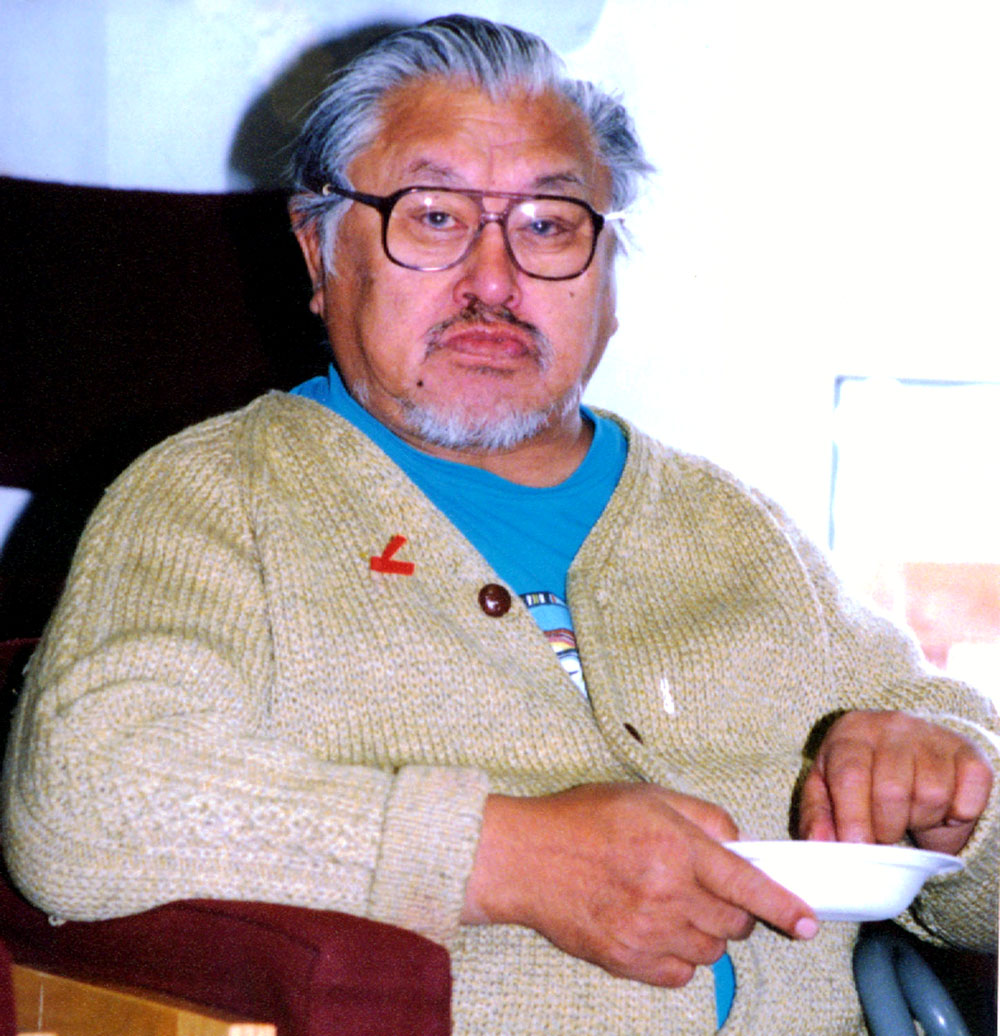 Like his bibilical namesake, Abraham Okpik’s legacy will last for as long as the descendants of the Inuit give life and names to their children.

The name of the man who named a generation is now written among those who stand at heaven’s door.

Abraham Okpik, 68, better known as “Abe” to his countless friends and relatives, died in Iqaluit July 10 after a lengthy illness.

About 500 mourners bid farewell to Okpik July 15, at a funeral service inside Iqaluit’s St. Jude’s cathedral.

“He was always a humble man,” Okpik’s oldest son, Roy Inglangasuk, said this week in an interview.

Okpik is survived by his wife, Martha Ningeok, their children, and a long chain of people stretching from Baffin Island to Alaska who consider him family.

He also leaves a reputation for treating everyone the same way, no matter who they were.

Iqaluit resident Bill Riddell, who eulogized Okpik at the funeral, said Okpik was like a father to him for the nine years they worked together.

“In my heart, he was my father,” Riddell said.

Okpik’s niece, Judy Allen, shared a letter from Okpik’s family in the Western Arctic, who said Okpik’s passing is a loss for everyone in the Northwest Territories.

Okpik’s friends and relatives in the Western Arctic attended a memorial service for him in Inuvik last Sunday.

Like many Inuvialuit, Okpik’s grandparents migrated to the Mackenzie Delta from Alaska in the late nineteenth century. Okpik was born Jan. 12, 1929 near Kipnik, a seasonal Inuvialuit camp in the Delta.

In his youth, Okpik spent years at the Charles Camsell Hospital in Edmonton, where he learned to speak fluently in Cree, which he learned from Aboriginal patients sent there to recover from tuberculosis.

In the 1940s, Okpik suffered from a leg injury while running his dog team that left him permanently disabled.

But, Roy Inglangasuk said, Okpik overcame that disability and became a respected hunter and trapper.

Later in life, Okpik was to champion the cause of disabled people, ­ first as a worker at the Apex rehabilitation centre during the 1960s, and later as a community activist and volunteer in Iqaluit.

In the 1960s and 70s, Okpik worked in Spence Bay, Frobisher Bay, Yellowknife and Ottawa. His jobs included social welfare and administrative work for Indian Affairs, interpreting for CBC during the Berger inquiry, and teaching Inuktitut in Frobisher Bay.

The two herculean jobs that will get Okpik’s name indelibly printed in the history books took him to nearly every community in the N.W.T. between 1965 and 1971.

An early voice for Inuit

Okpik was the first Inuk to sit on the territorial council. When he received the appointment in 1965, the N.W.T.’s governing body ­ consisted mostly of federally-appointed bureaucrats ­ still sat in Ottawa.

To do that job, Okpik sat shoulder-to-shoulder with dark-suited Ottawa mandarins who rarely, if ever, actually visited the land they governed.

Simonie Michael, who in 1966 became the first Inuk to gain an elected seat on the territorial council, said the people of Iqaluit will always remember the help Okpik gave them when he worked at the Northern Affairs rehabilitation centre in Apex.

Gave names to a generation

Okpik’s second historic job was as head of Operation Surname between 1968 and 1970.

In those two years, he gave European-style surnames to an entire generation of Inuit, creating a legacy that will last for as long as those names are passed from one person to another.

Until then, Inuit were legally known only by government-issued identity numbers printed on round leather disks that resembled dog tags. People living east of Gjoa Haven received “E” numbers, and people living to the west received “W” numbers.

Even when Okpik sat on the territorial council, his legal name was still “W3-554” ­ one of his first requests was to be allowed to be named like other Canadians.

To do his work on Operation Surname, Okpik visited Inuit camps and communities across northern Quebec and the N.W.T. On every visit, he wrote down the names that people said they wanted for themselves.

Some Inuit had already adopted surnames for themselves, but for others, it was the first time they ever had a given name and a surname.

Roy Inglangasuk says it was a mighty task for his father ­ and that he did it with meagre resources under tough conditions.

“He didn’t have a budget for it and he had to hitchike on government charters to get to the communities,” Inglangasuk said.

Shortly after, Ottawa rewarded Okpik with the Order of Canada for his work on Operation Surname.

A servant of the people

After settling down in Iqaluit for good, Okpik served his adopted community in many ways.

Okpik helped organize and run Iqaluit’s elder’s society, served on the NWT Literacy Council, helped with disabled people, and worked as a counsellor at the Tuvvik alcohol and drug center.

As well, Iqaluit residents elected Okpik to the community’s village and town councils many times.

Anyone who came into contact with Okpik discovered that he was utterly without malice or prejudice ­ which may turn out to be his greatest gift to others.

“He said that if you could be color blind you’ll have no problems with anybody,” Inglangasuk. “He said there’s no reason to blame the qallunaaq, because things happened the way they happened and we have to go on to work with what we have.”