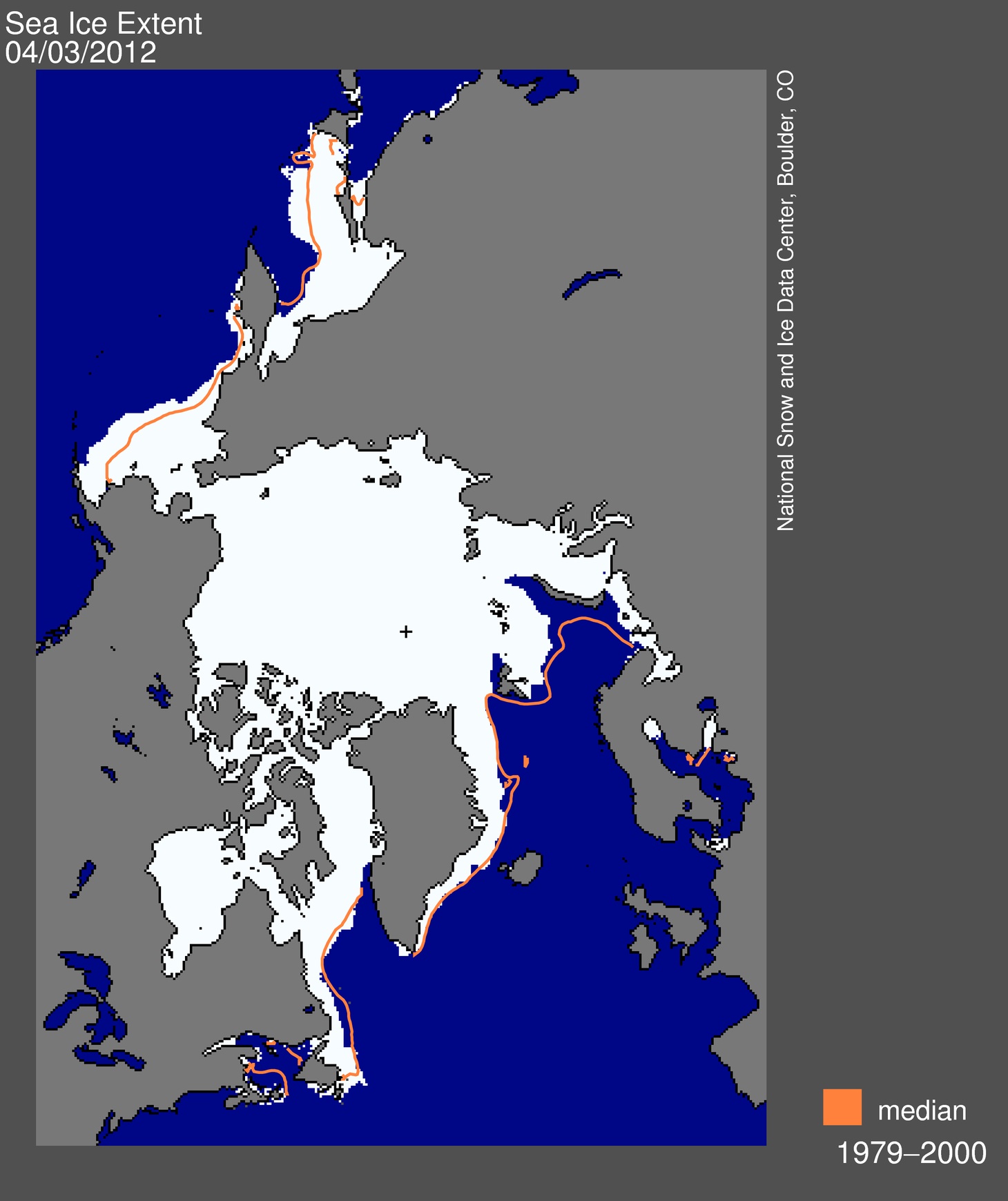 You may not be able to note the changes when you look out the window and still see frozen sea ice, but Arctic sea ice has already entered the spring melt season.

Now the sea ice has started to shrink.

And while sea ice extent for March as a whole was higher than in recent years, it still came in below average, the NSIDC said in an April 4 update on sea ice conditions in the Arctic.

Arctic sea ice extent this March ranked in the bottom ten recorded over the past 34 years of satellite data, coming in ninth lowest.

Over that 34-year period, the day of the maximum sea ice extent has varied by more than six weeks, occurring as early as mid-February and as late as the end of March.

However, even with so much variability, the NSIDC says there is a “small trend” towards maximum sea ice extents occurring later.

One possibility is that the lower winter sea ice extents might make it easier for ice to continue growing later in the season, or that a late cold snap or northerly winds could spread ice southward over parts of the ocean that would normally be ice-covered at that point.

But the new sea ice growth is very thin and likely to melt quickly, the NSIDC said.

So, researchers do not expect the late maximum sea ice extent to strongly influence summer melt.

“The ice that grew late this winter is quite thin, and will melt rapidly as the sun rises higher in the sky and the air and water get warmer,” the NSIDC said.