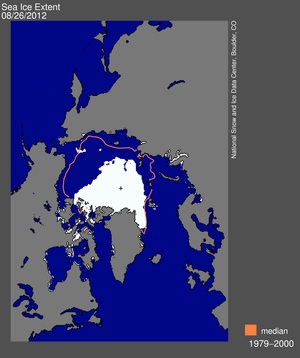 With two to three more weeks left in the melt season, sea ice continues to track below 2007 daily extents.

Including this year, the six lowest ice extents in the satellite record have occurred in the last six years, from 2007 to 2012, the NSIDC said.

After tracking near 2007 levels through July, the ice extent declined rapidly in early August.

Since then, the loss rate has slowed some, averaging about 75,000 square kilometres per day.

However, this is still much faster than the normal rate at this time of year of about 40,000 sq. km. per day. 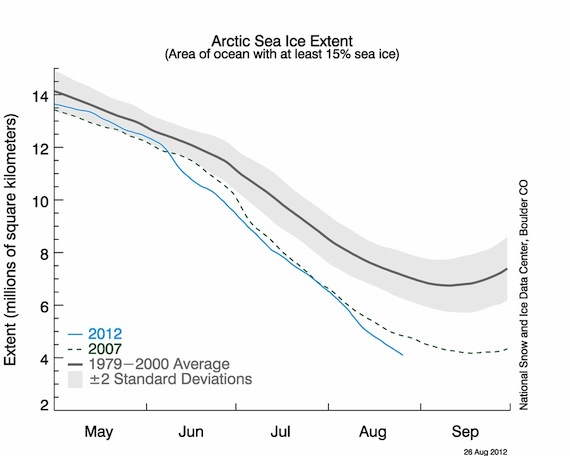